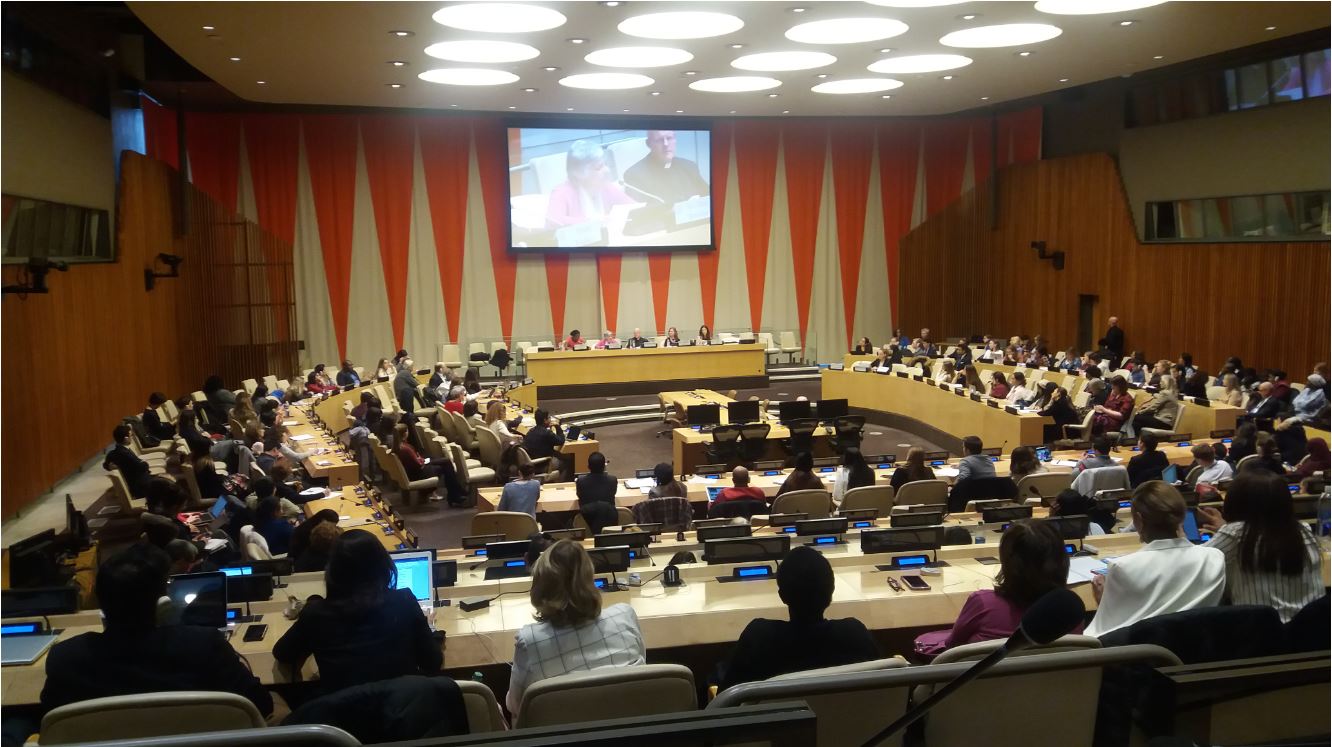 Permanent Observer Mission of the Holy See to the UN

Type of meeting: CSW Side Event - Panel Presentation with Questions and Answers

The Holy See opened the panel talking about the importance of having an anthropological view of women. One of the focus of CSW 63 is the recognition of house and informal work by women everywhere. It’s not fair that a woman has to choose between her intellectual carrier and her personal life. He also said that we need more than words condemning injustice - we need effective and intelligent campaigns. It is not women who have to adapt to society, but society who must adapt to women.

Sue Ellen Browder, author of the book “Subverted” and a former journalist of Cosmo magazine, spoke about how the sexual revolution is different from the feminist movement. The first one reduces women to sexual objects and its destroying women’s dignity. Feminism in the 60’s would be to fight for academic opportunities, so women could not be fired when they became pregnant. A woman could not apply to open a bank account without her husband – so to be feminist was to fight against this – it had nothing to do with abortion or sexual revolution. Cosmo magazine was in part responsible for changing that, with mottos like “good girls go to heaven, bad girls go everywhere”. The sexual revolution spread the idea of love just for fun, divorce as a good thing, abortion as an option. Evil split us apart, and so, especially because of the issue of abortion, the feminist movement split in two – one pro-abortion and the other against it and until today, we are still fighting. According to Sue, abortion feminists got all the credit as the only feminists, especially because of the “media fantasy world”, but the pro-family movement still has the grassroots power.

Susan Yoshihara (C-Fam) served for 20 years as an active-duty U.S. Navy helicopter pilot in the Western Pacific. She shared about her experience of being a woman in a very man-guided environment. She had to stand up for what she believed and, for example, when she was asked to dress like a man, behave like a man because she was in a man’s position, she decided not to, explaining to her superiors that her mom had two boys and she was not one of them. So, she would behave like a girl, dress like a girl and work like a girl.

Ann Mutave Kioko spoke on behalf of the women in rural areas of Quenia. Her aim was to talk about what women really need from the international community. She challenged UN agencies and organizations in general to get their priorities correct. For example, in her village, to be empowered does not mean to have policies which legalizes abortion or access to contraceptives. They need schools, access to healthcare, medication not to die from malaria. Contraceptives have risks that nobody tells them about, while international organizations just say they will improve their lives. According to her, abortion is not and cannot be called health care. She emphasized that some organizations pretend to represent women in the grassroots – but who represents women in grassroots are themselves.

Lila Rose (Live Action) spoke about transforming our view on women and motherhood. She alerted about the danger of pushing ideologies that put women against their family not seeing woman as a whole. There are 25 million girls being killed, some of them just because they are girls (India, China). Our real enemy is the sex-selected abortion in the name of women’s advancement. UNFPA is one of the UN agencies responsible for pushing such ideologies and changing the ways we respond to motherhood. According to her, ideologies like that are making us see motherhood and fertility as a treat, not as a sign of health. Fertility is not a sickness to be treated with drugs so we can compete with men. To expect that women act like men is a real barrier to authentic development. We should not see children as a problem – they are the future, they are a gift – and we should develop policies to support them.

As an international organization that works in a variety of contexts, it is important to pay attention to what Ann Kioko said, on behalf of grassroots women. We can not assume what is empowerment our development in a certain place without asking the people who are actually there. We need them in our process of developing ideas projects, supports. We need to be careful to get our priorities correct.