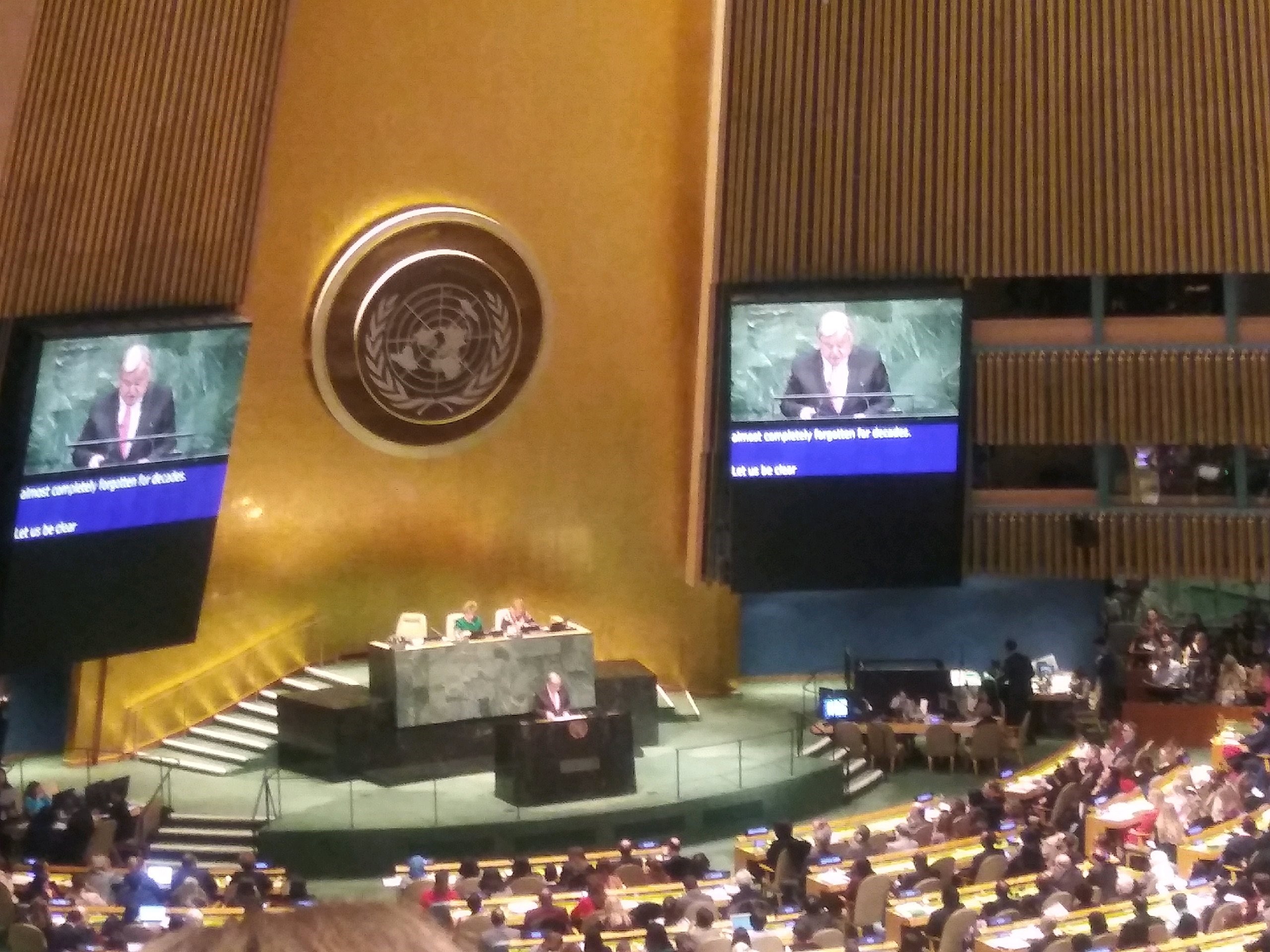 Which SDG does this topic cover? SDG 5

The theme for The Commission on the Status of Women 63 is ‘Social protection systems, access to public services and sustainable infrastructure for gender equality and the empowerment of women and girls.’ The opening of CSW 63 stated the importance of SDG 5 and of ‘Social Protection’ as a link to the other SDGs and a vital part of achieving gender equality.

Malène Schiappa, President of the Security Council for March

When Jesus was near to his death, he told his disciples in John 13:34, “A new command I give you: Love one another. As I have loved you, so you must love one another.” Jesus encourages us to love each other not to have pity. When we are trying to implement anything to make life better, we need to make sure that we are including everyone such as vulnerable people, people who have different capacities and abilities, and elderly people. It is a way of showing love. It is not just about creating a better world, but it is about including everyone without looking how different they may look outside.

The Salvation Army needs to ensure that it is advocating for social protection for all, especially for women and girls, and that all people feel safe and welcomed into Salvation Army facilities .