The Bangladesh Command adopted the theme “Build Together” for the year 2012, in harmony with the International theme of “One Army, One Mission, One Message. Throughout 2012, there has been a renewed emphasis on the Vision, Mission and Strategy of the Command.

God’s love and grace have been evident, and opportunities to serve have arisen in many ways.

In August 2012 the National Youth Congress was a time of celebration, lively worship, deep reflection, and d 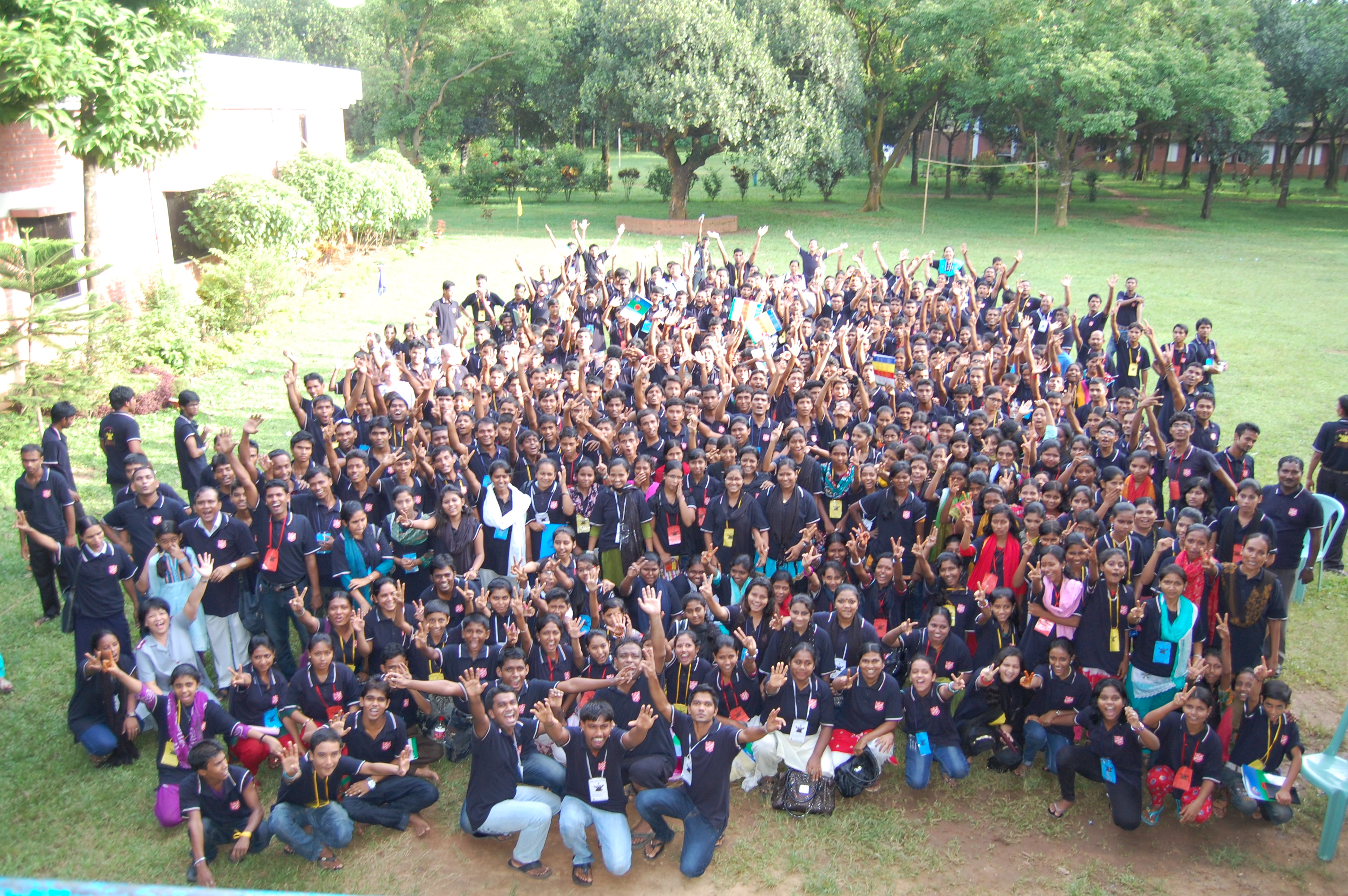 edication to God. In a country where Christians comprise a small minority of the population, the sight of 500 young people celebrating Jesus and seeking his face was a moving experience. It was also a time of friendship and fellowship, and God was glorified in the lives and worship of our young people. The enrolment of 81 soldiers at the Youth Congress was an unforgettable blessing.

The Officers’ Training College, which had been closed for two years, re-opened in April 2012, with the entry of 8 Cadets of the Disciples of the Cross session. 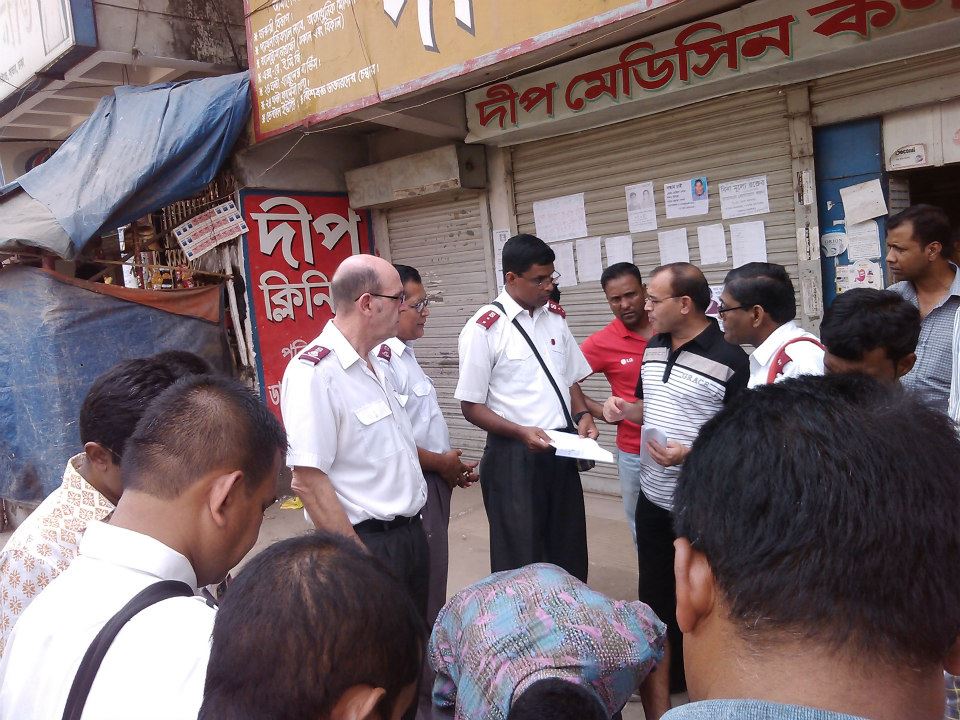 have also been many opportunities to serve suffering humanity in Bangladesh. The garments factory fire in Nishchintapur in November 2012, occurred very near the local Corps, and the Corps Officers, with the help of a team of fellow Officers and the support of the Urban Health and Development Project, provided practical, medical and spiritual assistance in their community.

The collapse of the Rana Plaza building in Savar reached the headlines in many countries in April 2013, once again drawing attention to the desperate situation of the garment industry in Bangladesh. This time, the disaster took place ne 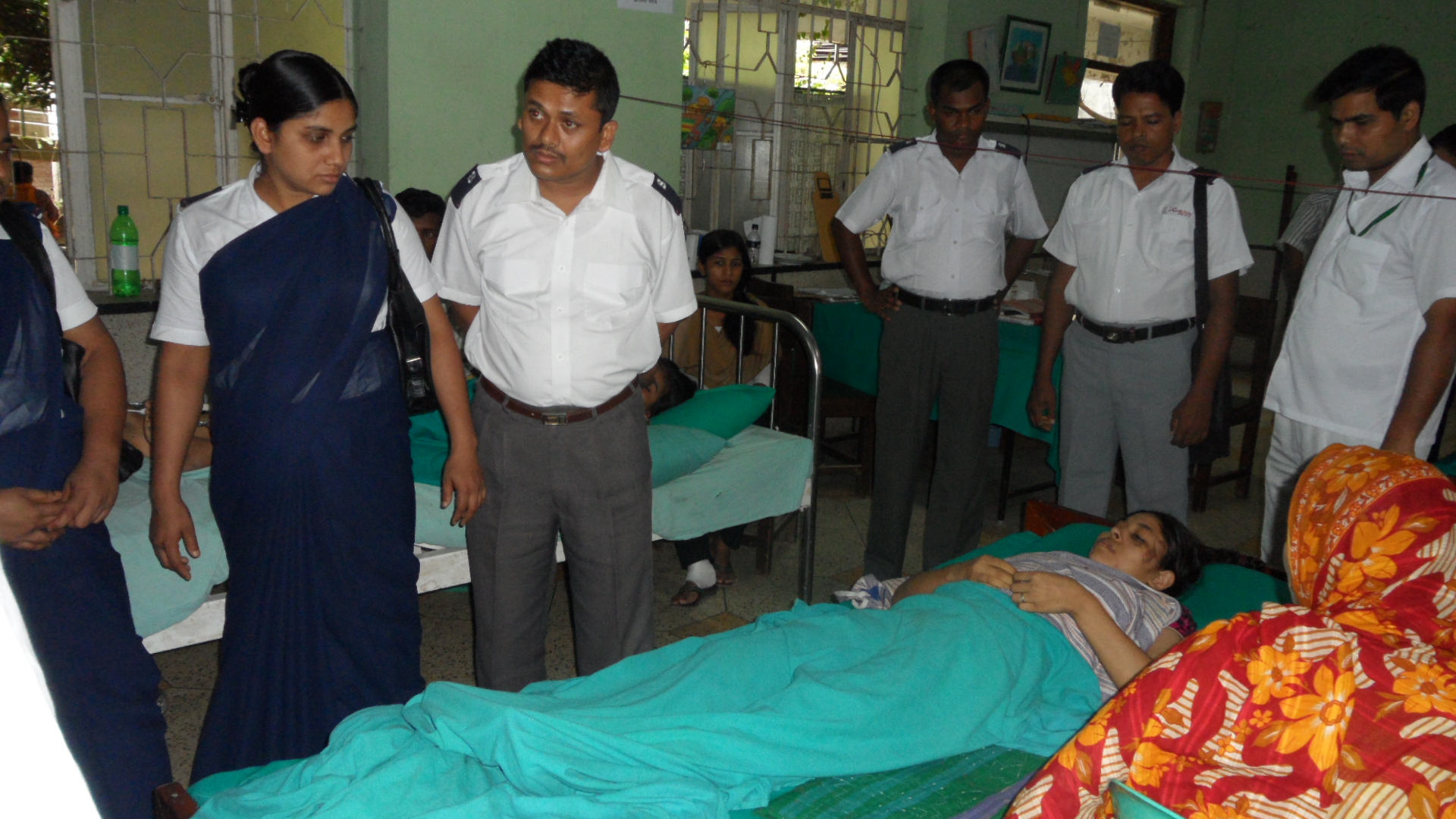 ar the Officers’ Training College, Savar Corps and Integrated Children’s Centre. Officers, Soldiers, Cadets and staff reacted promptly, and in cooperation with Government rescue and recovery efforts, assistance was provided as required. The International Salvation Army provided financial and prayerful support, which was appreciated. The Salvation Army response included medicine, hygiene and first-aid supplies. Meals were provided for those who were gathering around waiting for their loved ones to be rescued, or to identify the bodies of their family members. Emotional and spiritual support were also much needed, and lovingly provided. Later, victims were visited in hospitals, and substantial food parcels and other necessities were provided to them and their families.

Doors have opened for new evangelical and spiritual work. In Sathkira, in the South Western District of Bangladesh, a development project has been extended to include Christian worship services, and an Officer has been appointed to the community. Salvation Army worship takes place each week, and the numbers are growing.

Salvation Army development projects continue to make a considerable contribution to the lives of the people of Bangladesh. Education for visually and hearing impaired children remains high on the agenda since these children still appear to be marginalised in terms of educational opportunities. Efforts to eradicate leprosy are showing steady results, and the fight against Tuberculosis continues tirelessly. Disaster Management Projects combine their efforts to deal with climate change and prepare for possible disasters, and adult literacy remains a priority. Human trafficking is still reported to be on the increase in Bangladesh, and The Salvation Army provides awareness, training and education, and practical support in the form of skills development to survivors of this crime, as well as former sex workers in Dhaka and Jessore.