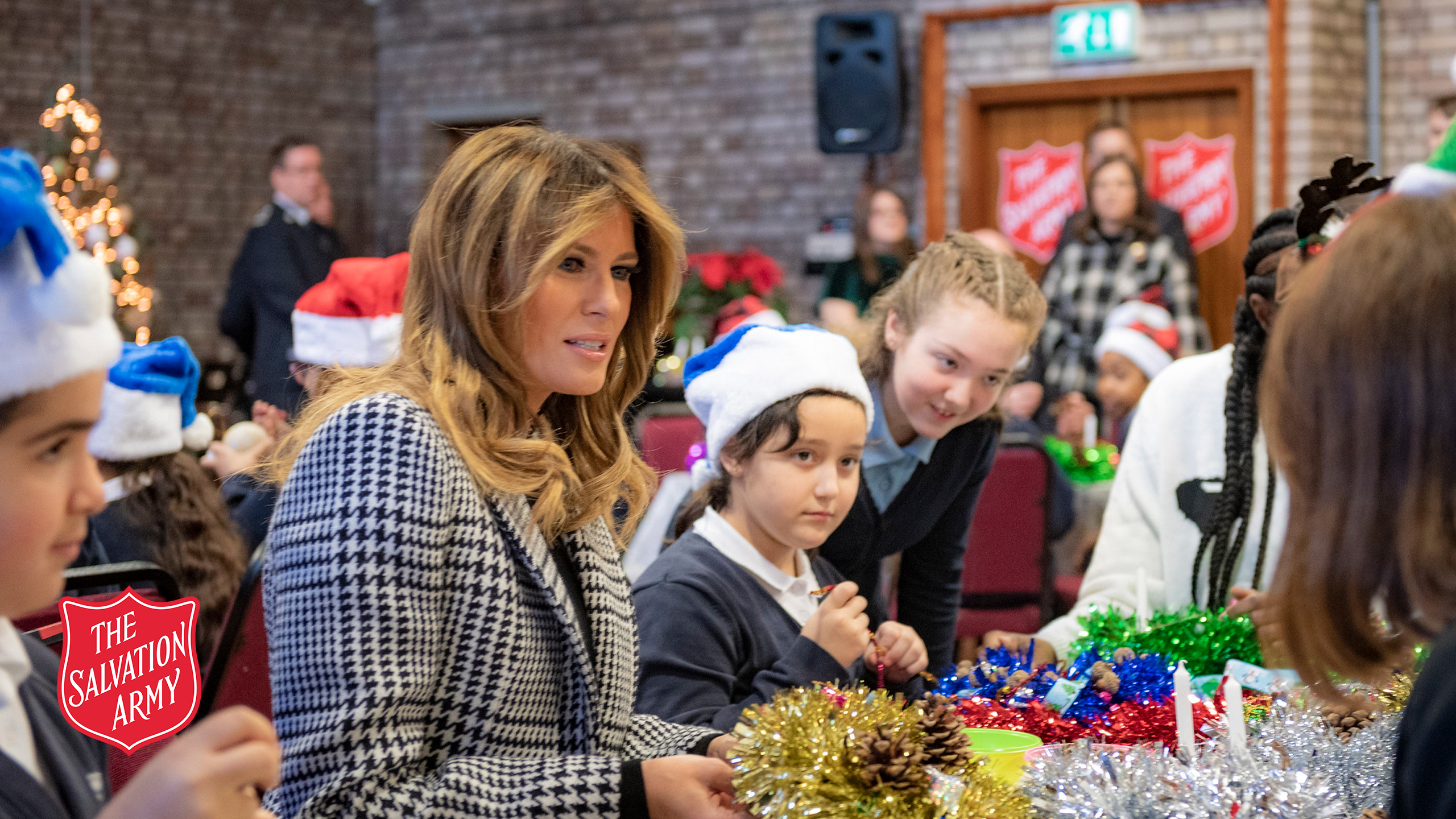 THE Salvation Army in Clapton, north-east London, hosted a visit from the First Lady of the United States of America, Melania Trump today. She was accompanied by the wife of the US Ambassador to the United Kingdom, Suzanne Johnson.

Mrs Trump and Mrs Johnson helped Salvation Army volunteers and children from the nearby Baden Powell school to wrap presents for The Salvation Army’s Christmas Present Appeal. The children then performed a festive song that they had chosen and the visitors also listened to carols performed by a Salvation Army band.

Commissioner Anthony Cotterill said: ‘The visit was an opportunity to promote our Christmas Present Appeal where we ask people to buy an extra children’s gift this Christmas so we can donate it to a family in need. I am very grateful to Mrs Trump and Mrs Johnson who personally donated gifts to our appeal.

‘I was also proud to highlight Clapton Corps’ work with the local community. Majors Karl and Ruth Gray have run the Clapton Corps for 16 years and have worked hard to meet the needs of local people. From food parcels to after-school clubs, their team works tirelessly to reach out to those who need us most.’

As well as donating presents, the school children made Christmas wreaths to learn about the real meaning of Christmas.

From a report from the PR & Communications Office,
United Kingdom Territory with the Republic of Ireland