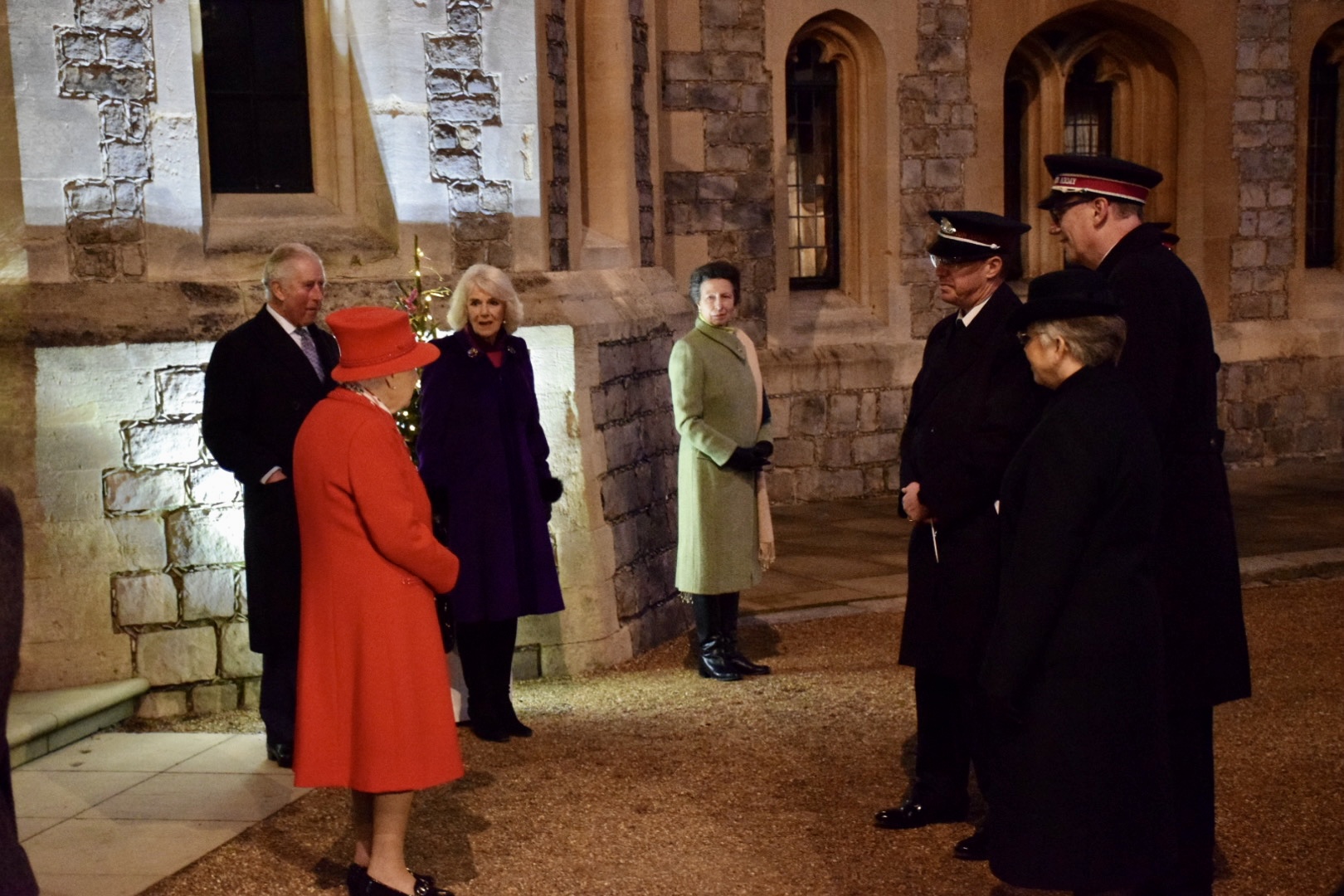 HER Majesty Queen Elizabeth II, accompanied by other members of the Royal Family, has today thanked The Salvation Army for its frontline work during the pandemic.

The Queen was accompanied by Their Royal Highnesses The Prince of Wales and The Duchess of Cornwall, The Duke and Duchess of Cambridge, The Earl and Countess of Wessex and The Princess Royal for the occasion.

A Salvation Army band played a selection of carols for Her Majesty at the event for charity and key workers that was held in the grounds of Windsor Castle, just to the west of London.

The leaders of The Salvation Army’s United Kingdom Territory with the Republic of Ireland, Commissioners Anthony and Gillian Cotterill, spoke to Her Majesty about the movement’s work supporting vulnerable people in communities.

The event was organised as a thank you to charities and key workers for their work during the pandemic and over Christmas.

Speaking of the occasion, Commissioner Anthony Cotterill said: ‘It was an honour to meet Her Majesty on behalf of The Salvation Army and as a representative of all voluntary organisations who have done so much incredible service throughout the pandemic. I am greatly heartened that The Salvation Army’s support for rough sleepers, survivors of human trafficking, struggling families and isolated older people throughout this very difficult year has been recognised.

‘Salvation Army volunteers, officers, members and employees have worked tirelessly since March, from providing food parcels for hungry families, to helping rough sleepers keep warm, to providing vital doorstep friendship for the isolated – they have been there no matter what. The Salvation Army has innovated and adapted to ensure our frontline of support has been there for those who need us.

‘Playing carols for the Royal Family is also a wonderful highlight during our busiest of seasons.’