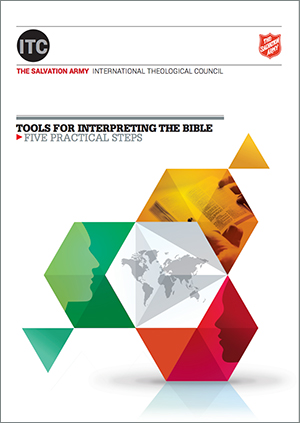 THE Salvation Army's International Theological Council (ITC) has produced a resource to help Salvationists and friends understand the basics of biblical interpretation. The three-page document, Tools for Interpreting the Bible, takes the reader through a five-step programme – beginning with prayer and concluding with 'Recommendations to Self'.

The resource, which was put together by council members, was launched at the most recent meeting of the ITC, held at Sunbury Court near London, UK.

General Brian Peddle opened the gathering with devotions, followed by his keynote address.

The ITC is made up of officers and lay personnel from 13 territories and commands across the Salvation Army world. Meeting twice a year in varied locations, it exists to support the General’s request for theological issues to be discussed and for him to be informed of any specific matters that arise. The ITC works closely with both the International Moral and Social Issues Council (IMASIC) and the International Social Justice Commission.

From a report by Commissioner Johnny Kleman