AN important milestone in The Salvation Army’s International Financial Accounting Standards (IFAS) programme to strengthen the organisation’s accounting and finance provision worldwide was marked with a celebration at International Headquarters (IHQ) in London. The launch of an online learning management system (LMS) will enable the initiative to be taken on by a greater number of territories and commands. 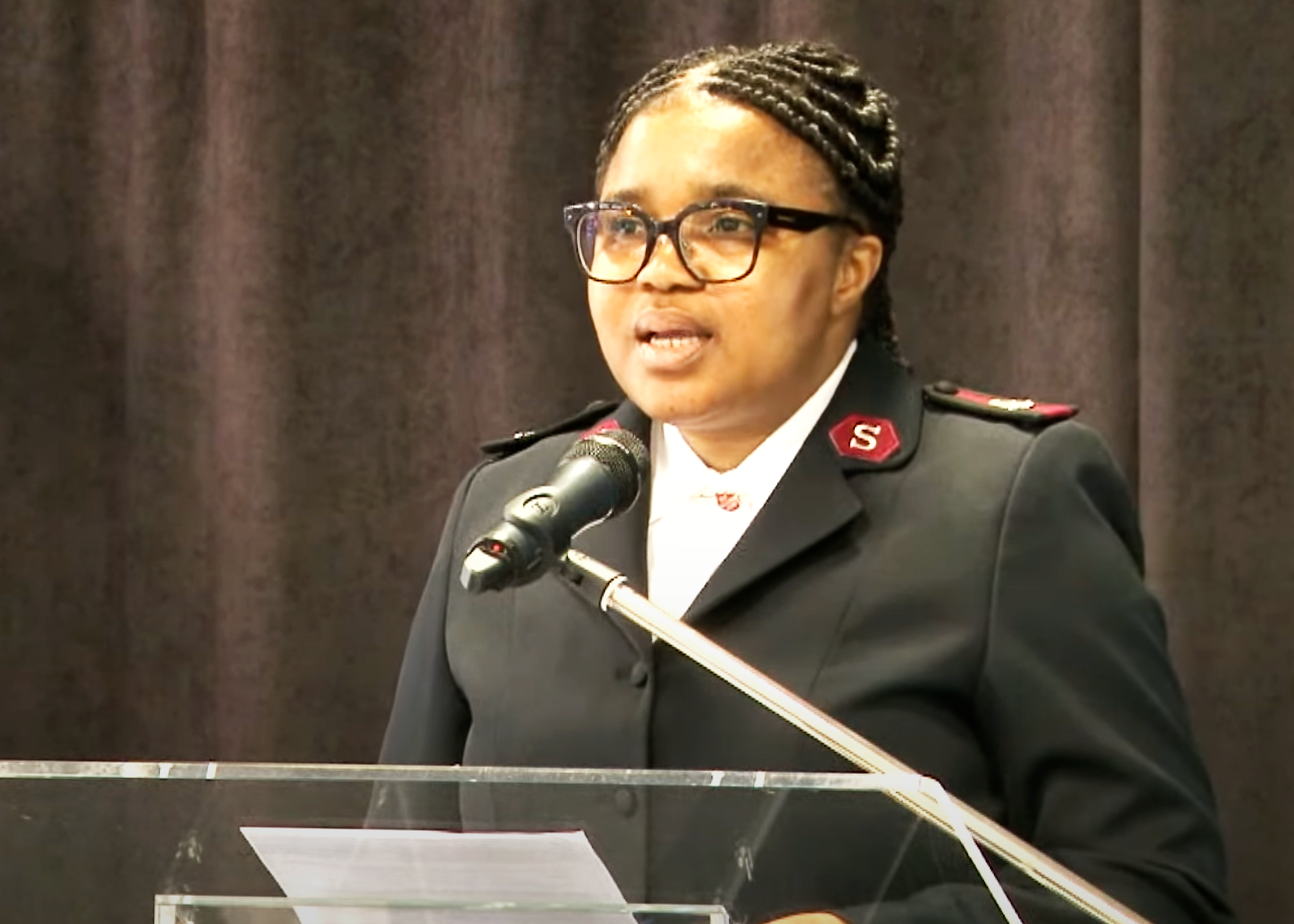 The IFAS initiative is a set of policies and procedures that all territories should follow or reference in the preparation of their financial accounting data. It includes the format of reports prepared for IHQ as well as the KFIs (key financial indicators) that need to be recorded. The new LMS provides an opportunity for anyone who has access to the Internet to receive training to use the new systems accurately.

The IFAS implementation team at IHQ comes under the oversight of the International Secretary for Business Administration, Commissioner Lee Graves. He opened the event by saying: ‘The possibilities being celebrated today are far-reaching,’ adding that the potential that can now be tapped will lead to ‘a stronger Army – a more prepared Army’.

Appearing in a pre-recorded message, General Brian Peddle shared four verses of Scripture – Joshua 1:8; Psalm 119:34; 2 Timothy 2:15; and Proverbs 9:9 – that encourage learning. He reminded the international audience that education is one of The Salvation Army’s core values. ‘We are breaking down barriers to education,’ he said. ‘The goal of the online learning management system is to centralise, standardise and scale finance education, placing all the content in one place – equally available and readily accessible.’

He added: ‘We will be better prepared to be accountable for the resources God has placed in our hands. The Salvation Army will be able to move closer to an excellence that brings glory and honour to God.’

International Financial Secretary Dr Matthew Carpenter spoke about the new e-learning system as the latest step for the IFAS project that includes global roll out of cloud-based accounting software (NetSuite) and represents the largest global business project in the Army’s history. He said: ‘NetSuite won the tender from a competitive field and was chosen as a cloud-based accounting package to be implemented in financially supported territories, as a product that could be tailored for IFAS standards and was capable of handling unique Salvation Army accounting requirements.’ Thirteen territories and International Headquarters are now using NetSuite, with a plan in place to roll out to the remainder of financially supported territories by 2025.

IFAS Project Director Major Loveth Onuorah took the audience through a Netsuite timeline, starting with the first implementation in Kenya East Territory in 2017. Pakistan and IHQ had to ‘go live’ online due to COVID-19 restrictions. The number of languages available in Netsuite has now reached 28 (this includes five versions of English and two of both Spanish and French), with Taiwan the first to use Mandarin. The new LMS will speed up implementation because there is now the potential to train officers and employees completely online, at their own pace and at a time that is most convenient.

The importance of the learning environment was emphasised through a message from Lieut-Colonel (Dr) Susan van Duinen, President of Booth University College in Winnipeg, Canada. She shared about the work of the university and said: ‘This aligns so well with our motto of “Education for a Better World”’.

Referring to the progress that has already been made, the Chief of the Staff (Commissioner Lyndon Buckingham) said: ‘We are grateful for the milestones that we’re already able to celebrate,’ before pressing an over-sized red button to officially launch the new LMS, making it available to people linked with The Salvation Army around the world.

The event finished with a video presentation that gave a clear message: ‘Let’s start learning.’