The Salvation Army International Headquarters (IHQ) has a unique organisational structure which involves two distinct groups of people who work together to achieve our mission – officers of The Salvation Army and employees.

Employees at IHQ are recruited on the basis of greatest suitability for a role and are governed by a Contract of Employment Terms and Conditions. Employees are not required to wear a Salvation Army uniform, nor are they expected to be a Salvationist, though of course empathy with the aims and ethos of The Salvation Army is essential. Both employees and officers join together in their work to create a truly familial working environment. 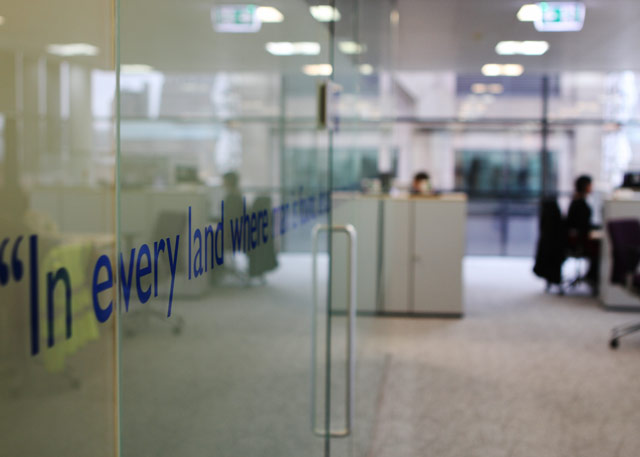 Officers are ministers of religion – they operate under a covenant of sacred calling rather than a Contract of Employment and are appointed to their roles by the Officers Appointments Board. They do not apply for roles specifically but are placed in roles that best suit their skillset and spiritual gifts. Officers can be appointed to roles all over the world in the 133 countries in which we operate, though roles at International Headquarters are mostly based in London, UK.

Officers have ranks much like a military unit, such as lieutenant, captain, major, lieutenant-colonel, colonel, commissioner and General. These are denoted by the style of the epaulettes on their uniforms.