A disciple of Jesus 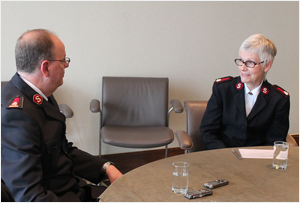 How do you feel after just being elected as the 20th General?

I feel an immense sense of privilege and awe because of the responsibility that goes with the role.
I also have a sense of peace. I have never identified myself by either rank or role, I am who God made me to be and I am growing into the person he wants me to be. A General or anyone else is but a disciple of Jesus and I think that gives me comfort because it’s not all on my shoulders.

The Army belongs to God, it’s not mine. I have a role to play, but I was called to proclaim the gospel and I will do just that. 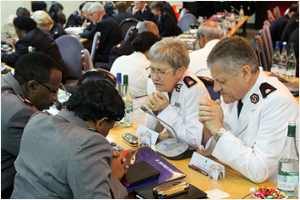 What impression stands out for you from the 2013 High Council?

We were all in one accord in a peaceful, secluded and very holy place. From the moment we started the pre-High Council conference we sensed that this was right. We were not rushed and knew that God’s hand was upon us. It was good to be in his presence.
This was the third High Council that I had attended and perhaps the one that I cherish the most because of the sense of God’s presence. The prayer fellowship was phenomenal.

What will be the main challenges you face as General? 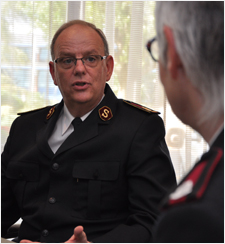 Multiple challenges impact The Salvation Army’s global mission, including poverty, social exclusion, social injustice, the increasing gap between the rich and poor, sexual exploitation, human trafficking and lack of respect for the things of God. When faced with secularism and materialism we need to rediscover our confidence in the divine inspiration and authority of God’s word.

I believe The Salvation Army must continue to have a strong bias for the poor and the marginalised. There is a lot more that we can be doing in mobilising our corps. For too long we have relied upon institutional social care. Many problems today demand that we are fully engaged in the communities in which we serve and not serving ourselves and sitting in comfort. We need to pay more than lip service to things we believe and truly live out the values we proclaim. Belief and actions should go hand in hand.

My vision is that as an Army we will be fully mobilised and committed to the calling God has given us. We are a covenanted people, we have all signed a covenant and I would like to see us live up to that.

How important in your opinion is the Army's relationship with other churches and other faiths?

The links with others are very important. We need to recognise that we all belong to the same family. In the Christian churches we have a strong bond and can learn from each other. We don’t have to compare ourselves with any other because God has given us a specific calling as The Salvation Army. We need to feel secure in our own faith and we don’t need to be judgmental about other people. I have seen evidence in projects and development work of people of different faiths working together in harmony for the common good.

One of the challenges of an international Salvation Army is diversity. The office of the General is vital in holding that together. How do you find unity in diversity? 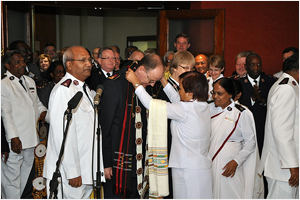 Diversity needs to be celebrated. We shouldn’t see that as a problem. There are so many things that bind us together as The Salvation Army, including belief in the Bible, faith in Jesus, doctrines, the mercy seat, 24-hour prayer, uniforms and orders and regulations. I am a great believer and supporter of the internationalism of the Army, believing this to be one of our greatest strengths. The High Council met as a group of many different cultures all drawn to the light of God through Jesus Christ his son. I hope that we can celebrate our differences because the things that bind us together are far stronger than the things that separate us. Having lived in different cultures, I have learnt that no one has ‘the’ right answer and that there are many right answers.

What role does your family play in your life?

They keep me sane I would think! We are very proud of our children and have four grandchildren – two born within the last five weeks. One of our priorities, when we get a moment, will be to go and spend some time with them. Our family is very important to us; we thank God for the blessing. My mother, sister, brother and his family live in the UK but our children are all in Switzerland. We shall soon have a mountain holiday!

Who has influenced you most over the years in your personal development?

In my recent journey General Linda Bond has been a real example of courage and faith and that has spoken to me strongly.

I have had the privilege of considering General John Larsson as a fatherly figure. He first appointed us to territorial leadership in Finland and he has always been a good and steadying influence.

In my early years of officership General Eva Burrows was a real inspiration to me and helped me to aspire to do something greater in my spiritual development. 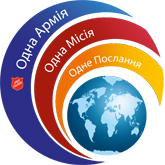 What about the International Vision?

I am grateful to my predecessor General Linda Bond for her visionary leadership, for her submission to the will of God and for the fact that she inspired our International Vision of One Army, One Mission, One Message and that must continue. A change of General does not change that focus.