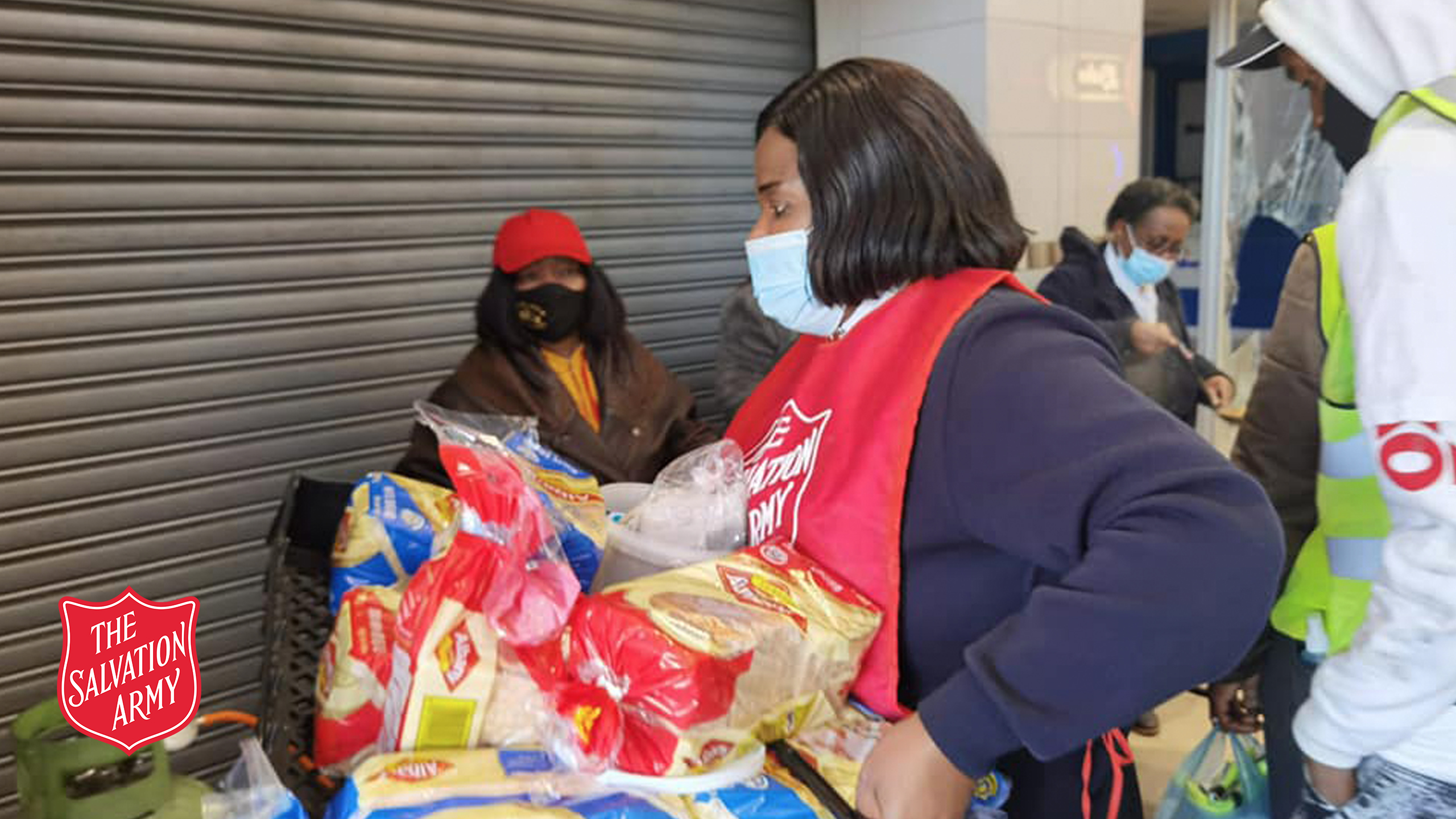 RIOTING, looting and burning of businesses have claimed the lives of nearly 340 people in South Africa since unprecedented civil unrest began earlier this month. Local media reports suggest that the violence has caused an estimated $3.4 billion of damage. With the disturbances affecting the KwaZulu Natal and Gauteng provinces particularly badly, the situation has been exacerbated by major disruption to logistics operations and transport links. The Salvation Army in South Africa is therefore working to address the resulting food shortages, especially among the country’s most vulnerable people.

Developing plans in conjunction with local authorities and partner agencies, an initial 17,500 people across the two provinces have been identified as being in need of additional support. Now, and for the next six months, these individuals will receive nutritious food parcels (or vouchers where appropriate) in order to mitigate hunger. Trained Salvation Army officers and volunteers will also provide spiritual and psychosocial support to those traumatised by the violence they have witnessed in their community, or who have been hit by the knock-on effects of unemployment or food insecurity.

A majority of aid recipients will be women and children, as they are the demographic most severely economically impacted by this violence. Many of targeted households are extended families headed by grandmothers who take responsibility for the welfare of the younger children.

In common with other disaster responses, dynamic assessments will be made throughout the initial planned response. These will ensure that the distributions of food are addressing the most significant needs and optimising the collaboration with other agencies and government responses.

Salvation Army teams will also be assisting communities affected by the violence in a variety of other ways. For example, a group of volunteers from Soweto Central Corps (church) has supplied tea, soup and bread to community members involved in cleaning up the nearby Dobsonville shopping mall after damage was incurred there. Members of the Durban Central and Imbali Corps have been out in the community assisting with the cleaning-up operation, and officers at Pietermaritzburg Corps have been busy purchasing food and snack items to support teams maintaining security at night. Also in Imbali, The Salvation Army is networking with other organisations to obtain additional food parcels for distribution.

The leader of The Salvation Army in Southern Africa, Territorial Commander Colonel Daniel Kasuso, expressed his deepest sympathy to the families of those who have lost their lives in the latest disturbances.

'Let us join hands as citizens of our beautiful country to build a better society for all, rather than bring suffering to each other. Let us also join together in prayer for our country, asking God to bring calm and peace to our situation,' he added.

Social media platforms are also being used to encourage prayers for peace, protection and reconciliation.