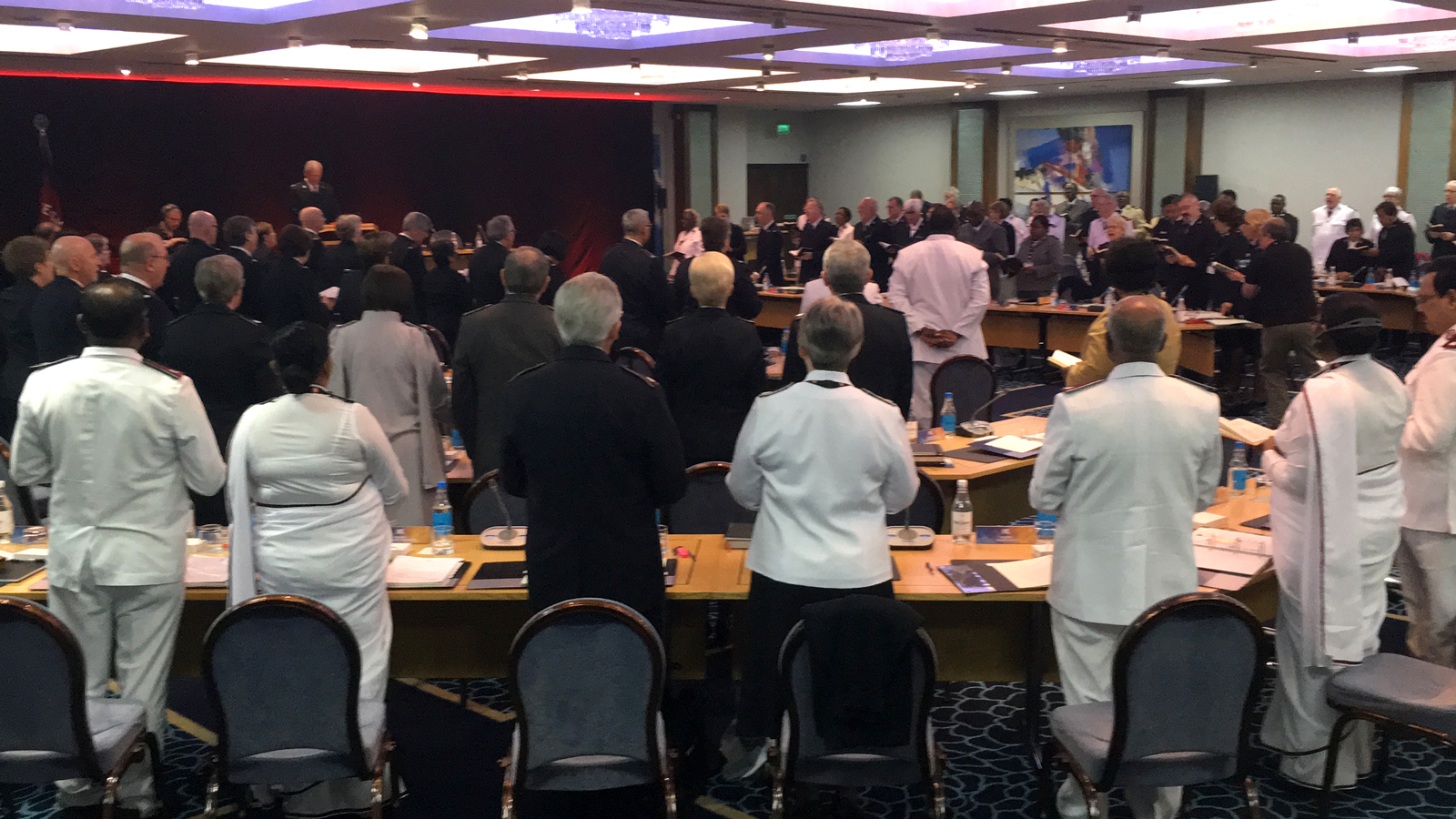 THE Salvation Army’s 19th High Council, meeting at the London Heathrow Renaissance Hotel (the second time a High Council has been held at the venue), commenced on Thursday 17 May 2018 with the sole purpose of electing the successor to General André Cox, who retires at midnight on 2 August 2018.

Following the singing of ‘Great is Thy Faithfulness’ the Chief of the Staff, Commissioner Brian Peddle, reminded the council of the Story of Esther with its memorable phrase: ‘For such a time as this…’. For Esther, as for the members of the High Council, ‘for such a time as this’ came with privilege but also responsibility and obligation.

With the reminder that The Salvation Army was relying on this High Council to elect the Army's 21st General, the Chief of the Staff called the High Council to order. The legal preliminaries were dealt with, including confirming that the High Council was convened in accordance with the Salvation Army Act 1980. The roll call confirmed that 108 members were in attendance of the 111 summoned. There is the possibility that if visa problems are resolved two more will be able to take their place on the council.

The opening procedures (see selections from Inside a High Council at sar.my/iahc2 (also below) and sar.my/iahc3) were followed, leading to the election of three High Council officers who will serve for the duration of the council. Commissioner William Cochrane (Territorial Commander, Norway, Iceland and The Færoes Territory) was elected as President and Commissioner Birgitte Brekke-Clifton (International Secretary for Programme Resources, International Headquarters) was elected Vice-President. The final officer of the High Council elected on the opening day was the Chaplain, Commissioner Mark Tillsley (International Secretary for the Americas and Caribbean, IHQ).

The remainder of the day was given to reviewing the Orders of Procedure which will guide the way in which the High Council conducts its business throughout the remaining days.

Led by the Chaplain the members joined in singing song 1039 from The Song Book of The Salvation Army: ‘The Day Thou Gavest, Lord, is Ended’ before Commissioner Stephen Chepkurui concluded the day with prayer.