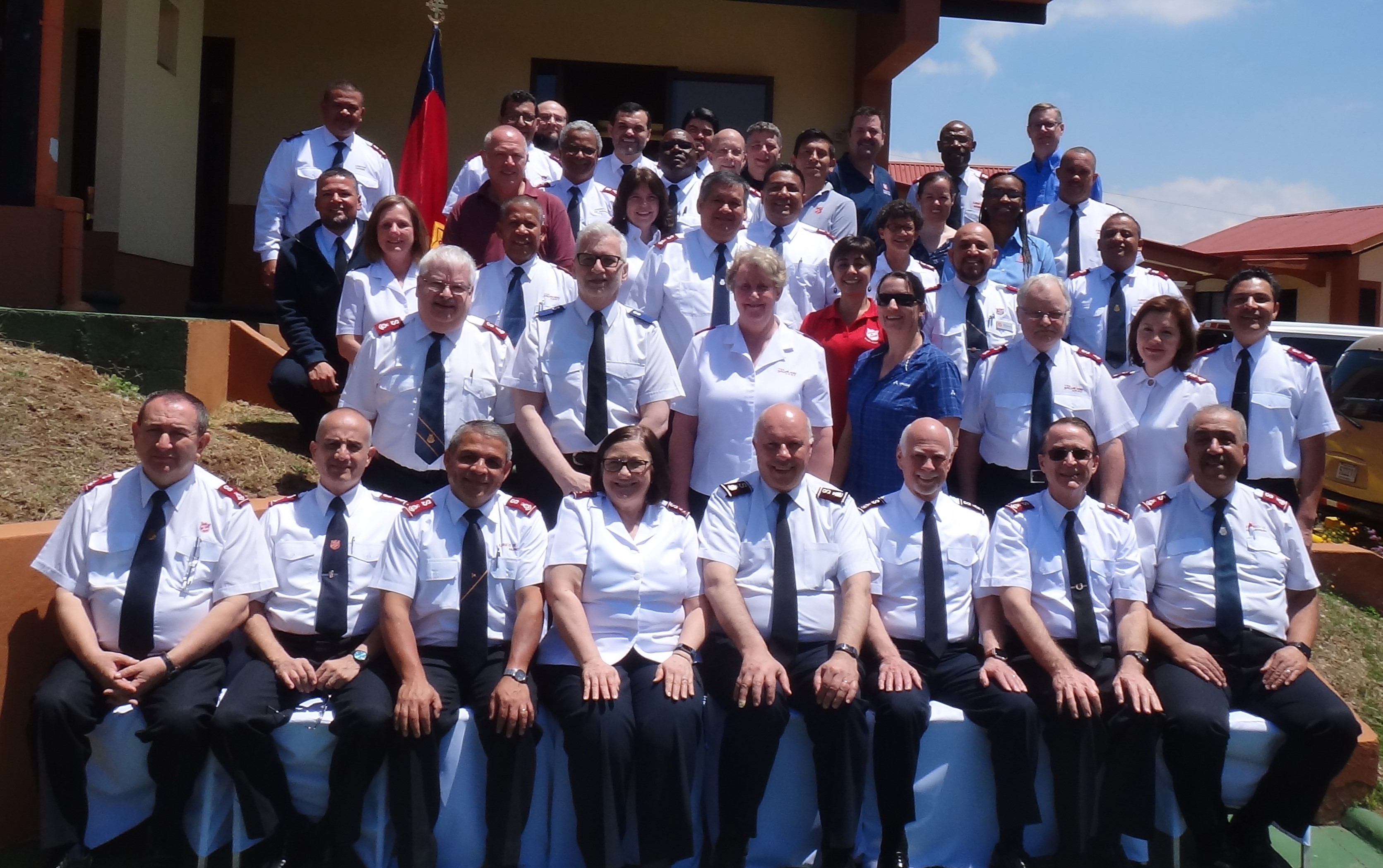 A CONFERENCE held in March 2019 for Salvation Army leadership and emergency responders from the Americas and Caribbean is already bearing fruit. Meetings about finding a response to the ‘migrant caravan’ making its way northwards through central America and the refugee crisis for countries bordering Venezuela have resulted in greater coordination between Salvation Army teams. The migrant caravan response has already led to a combined visit to the region by representatives from four Salvation Army territories, supported by the USA-based Salvation Army World Service Office (SAWSO), World Missions Canada and Bermuda, and International Headquarters (IHQ).

The Zonal Disaster Resilience Conference – held at the training college in Costa Rica – was attended by representatives of the 37 countries of The Salvation Army’s Americas and Caribbean Zone, together with IHQ personnel. The aim was to share lessons learned from recent emergencies and identify ways in which territories can strengthen their own strategies but also better support one another.

This strategic development is supported by IHQ’s Office of the International Secretary for the Americas and Caribbean Zone in partnership with the Programme Resources Department, specifically the International Emergency Services Section, SAWSO and World Missions Canada and Bermuda.

One of the delegates from Mexico, Major Miguel Rodriguez, felt that the issues discussed were highly relevant to the reality he and his fellow team members face.

‘Knowing how other territories are working broadened our panorama,’ he said, ‘and allowed us to understand the strategies others implement, what works best and – most importantly – to know how they do it.’

The summit allowed the major and other delegates from Mexico to draft a new emergency plan that – when approved – will enable them to take better and more efficient action in future disasters.

Chris Farrand, from USA Eastern Territory, says he appreciated being able to learn from the responders, leaders and experts attending, sharing ‘successes, struggles and needs with one another as we look for ways to grow our work, mutually support each other and find better ways to quickly care for those in crisis. I was inspired by the heart and passion of the different participants.’

He adds: ‘I found that, even though we were from many different places and cultures, the similarities we shared were more common than the differences.’

Chris says he heard God’s voice throughout the conference ‘as stories were shared of the critical ministry, compassion and healing that has been brought through The Salvation Army to those suffering from disasters.’

Commissioner Mark Tillsley, International Secretary for the Americas and Caribbean Zone, reminded delegates: ‘The Salvation Army is called to bring hope … Any time we alleviate suffering, every time we help our brothers and sisters, we are involved in the reminding ministry, calling people to remember that God has not abandoned them.’

The conference is only the beginning of a greater conversation, which will lead to opportunities not only for the territories within the Americas and Caribbean Zone but for all the people who benefit from the Christ-inspired services provided in the most difficult times.