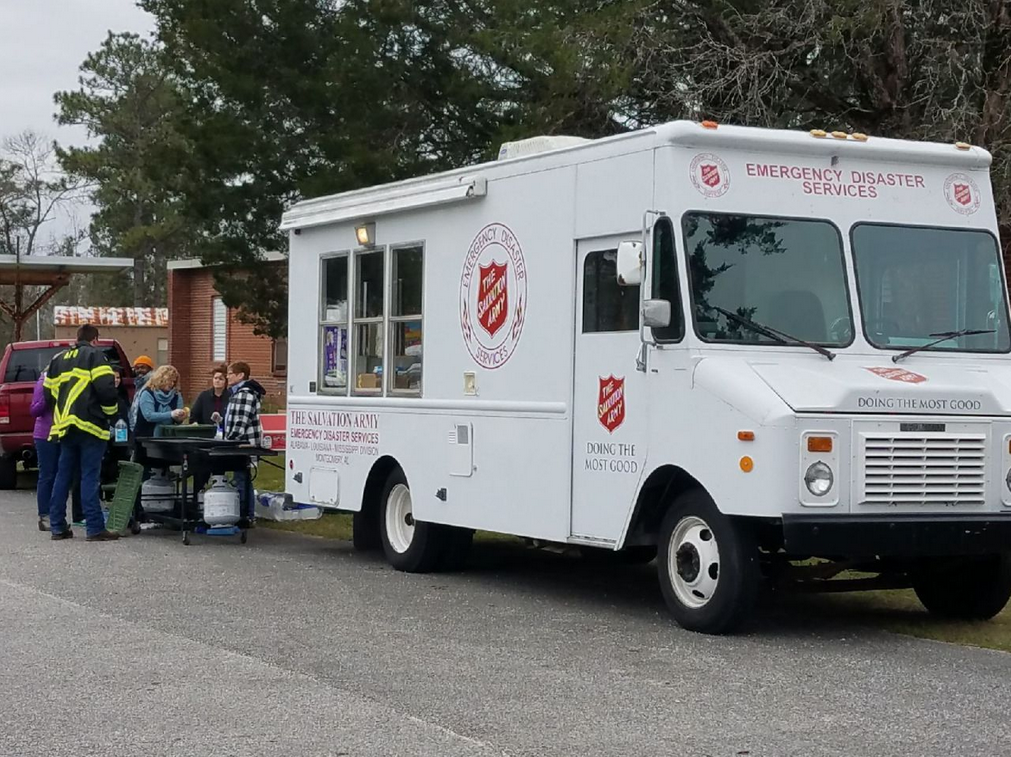 AFTER tornadoes hit Alabama and Georgia, USA, on 3 March 2019, The Salvation Army’s well-rehearsed emergency response swung into action. The worst storm struck around Beauregard, in Lee County, about 60 miles (95 kilometres) east of Alabama’s state capital, Montgomery, with tornadoes carving a path of destruction at least half a mile (0.8 km) wide. At time of writing, 23 people are known to have lost their lives, with many more people injured or left with significant damage to their homes or businesses.

An incident command team, led by Major William Shafer, is coordinating the response from the nearby city of Opelika.

‘We stand ready to provide hope and comfort to this community which has lost so much in this devastating storm,’ said Terry Lightheart, Divisional Director of Emergency Disaster Services for The Salvation Army’s Alabama, Louisiana and Mississippi Division.

In addition to tending to the physical needs of those affected, The Salvation Army is providing emotional and spiritual care, which is expected to be a significant need in the wake of this especially deadly disaster. The US National Weather Service reports that more tornado deaths occurred from this single incident than throughout all of 2018. Lee County Sheriff Jay Jones says there had been ‘catastrophic’ damage and there are fears that more bodies would be found.

USA Southern Territorial Commander Commissioner Willis Howell said: ‘The scenes of destruction and devastation in eastern Alabama are overwhelming. Sadly, due to where we sit geographically, we … have more than our share of experience with hurricanes, tornadoes, floods, and other weather-related tragedies. While there are unmistakable similarities to these events, they are also highly personalised for us as our officers, soldiers and volunteers inevitably see each disaster through the lens of those we serve.’

He described The Salvation Army’s work in ‘taking in people who now have nowhere to go’, and – thanking Salvationists and friends around the world who are supporting the emergency response team – prayed: ‘May we continue to faithfully and sensitively leverage every opportunity to bless others’.