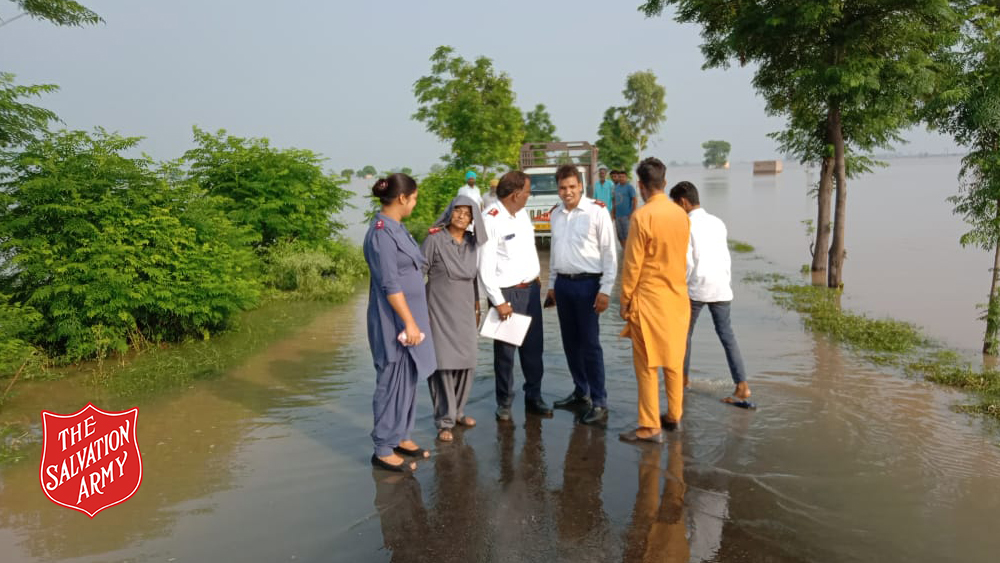 THE Salvation Army’s India Northern Territory is responding to floods that have brought destruction over a large area.

Around 90 people lost their lives in July 2019 because of flooding in and around Jasidih, on the border between the states of Jharkand and Bihar, with more heavy rain in August causing further devastation around Bajpur in Uttarakhand State. Thousands of families have been forced from their homes, with many sleeping out in the open. The situation is similar in Jalandhar and Patiala, in Punjab State, where rain in August caused a river to break its banks, flooding villages and destroying crops.

Salvation Army team members who visited the flooded areas reported that there is poor hygiene and that people are starving.

Two rapid response projects have been funded by The Salvation Army’s International Headquarters. Each will provide the most-needy families with a selection of food items – such as tea, flour, dal, sugar and oil – plus bed sheets. The projects will fund an initial distribution to a total of 1,400 families – around 7,000 people.