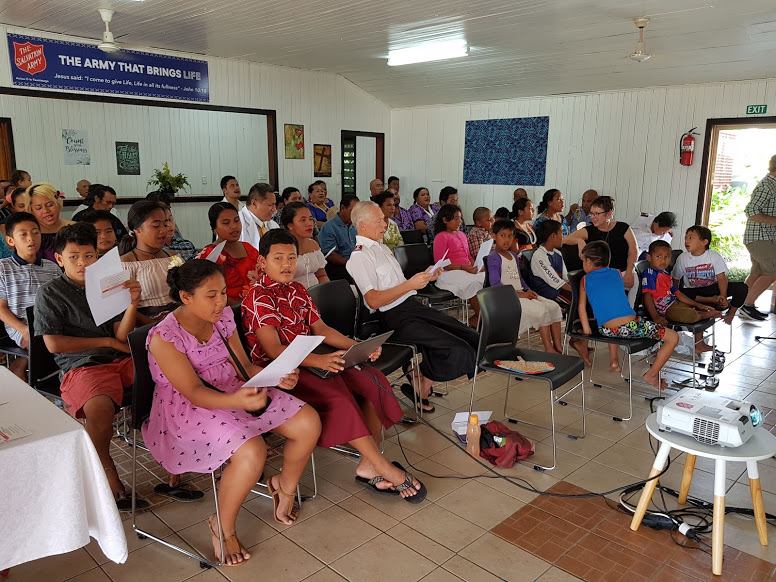 FOLLOWING consultation with the International Management Council, General André Cox has approved the official recognition of Salvation Army work in the Independent State of Samoa (formerly known as Western Samoa). The official start of work will be 1 August 2018, with inauguration meetings taking place during the first weekend of the month, 3-5 August.

In 1984, contact was first made with the Samoan authorities by the then-regional commander in Fiji. A further contact was made in 2001 and, following receipt of a letter from the Prime Minister of Samoa in 2017, it was felt that the time was now right to engage in moves to seek official registration for The Salvation Army, and to appoint officers to begin to develop plans for a ministry there.

In his correspondence from March 2017 the Prime Minister, Tuila’epa Sa’illele Malielegaoi, expressed a keen interest in having The Salvation Army begin work on the islands, citing drug and alcohol dependency as key issues he felt The Salvation Army could address. He wrote: ‘I like to think you were divinely guided ... to bring the good news of your work for Samoa.’

Plans were soon put in place to establish a corps (church) and an addiction treatment centre. Violence against women and children was another key area that was suggested as a focus for the Army’s ministry. Sunday meetings have been taking place since May 2018, and employees, engaged to be involved in the addictions programme, began work in June.

With legal registration now in place, along with an approved budget for the first three years, and officers appointed to lead the work – Lieut-Colonels Rod and Jenny Carey (regional officers), along with Major Miriama Simanu (planting officer) – the work will develop under the auspices of Salvation Army leadership in New Zealand.

To reflect the new opening, the name of the territory has been changed to New Zealand, Fiji, Tonga and Samoa Territory.