Everyone Needs an Army COVID Exhibition Launched at International Headquarters 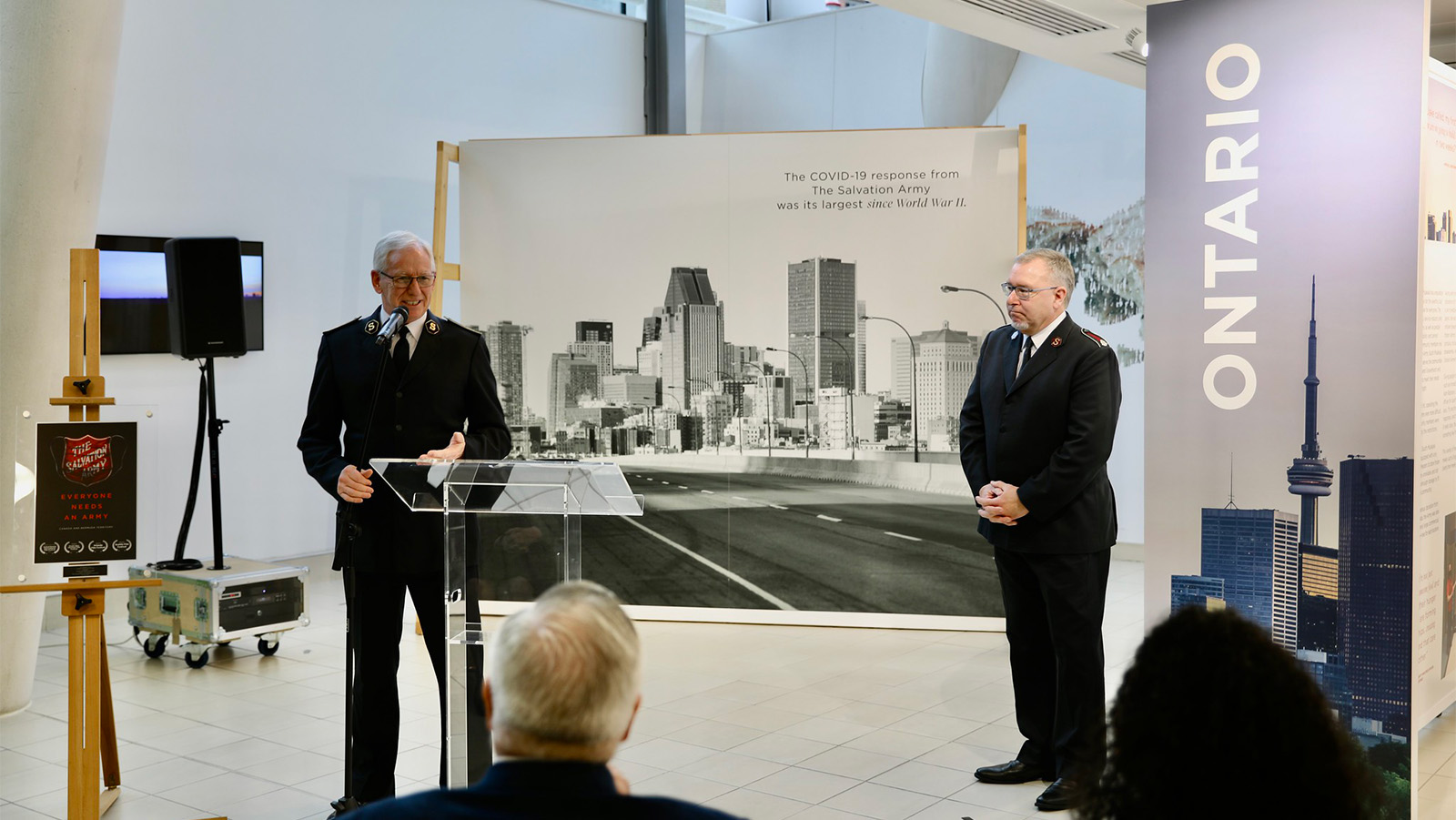 On 12 January, a new exhibition was launched at Gallery 101 at International Headquarters (IHQ) entitled Everyone Needs an Army. Produced by the Canada and Bermuda Territory’s communications team and advertising agency Grey Canada, the exhibit features a 15-minute documentary film and corresponding display panels that showcase stories of Salvation Army community response and service throughout the COVID-19 pandemic across Canada and Bermuda.

The exhibition was opened by The Salvation Army’s international leader, General Brian Peddle, who commended the Canada and Bermuda Territory’s pandemic response and highlighted The Salvation Army’s compassionate presence around the world. ‘As we declare this exhibit open,’ he said, ‘may it be something that encourages our hearts, helps us celebrate a difficult time in our history and gives us great hope for the future.’

His Excellency Ralph Goodale P.C., High Commissioner for Canada in the United Kingdom, brought greetings. He praised the partnership between The Salvation Army and the government’s Agriculture and Agri-Food Canada to deliver millions of dollars in aid to Canadians in need. In his comment, His Excellency said, ‘Sincere thanks to The Salvation Army for the work that you have done in Canada and around the world in that long global struggle against the COVID-19 pandemic… Your relief work to rescue Canadians, get them out of danger and provide that comfort and reassurance, is extremely impressive.’

Kimberley Durrant, director and UK representative, Government of Bermuda London Office, was also on hand to express her appreciation for the work of The Salvation Army in her home country. Representatives from IHQ, the United Kingdom and Ireland Territory and partner agencies also attended the launch event.

Stories featured in the documentary included a Salvation Army partnership with clothing retailer Joe Fresh of Loblaw Companies Limited and Baffinland Iron Mines to deliver clothing to children in Canada’s extreme north; the development of a specialised care centre for seniors in Toronto by the Toronto Grace Health Centre; food delivery to isolated and vulnerable Bermudians; ministry to truckers in Newfoundland and Labrador; and portable showers and outreach for people experiencing homelessness in Victoria. 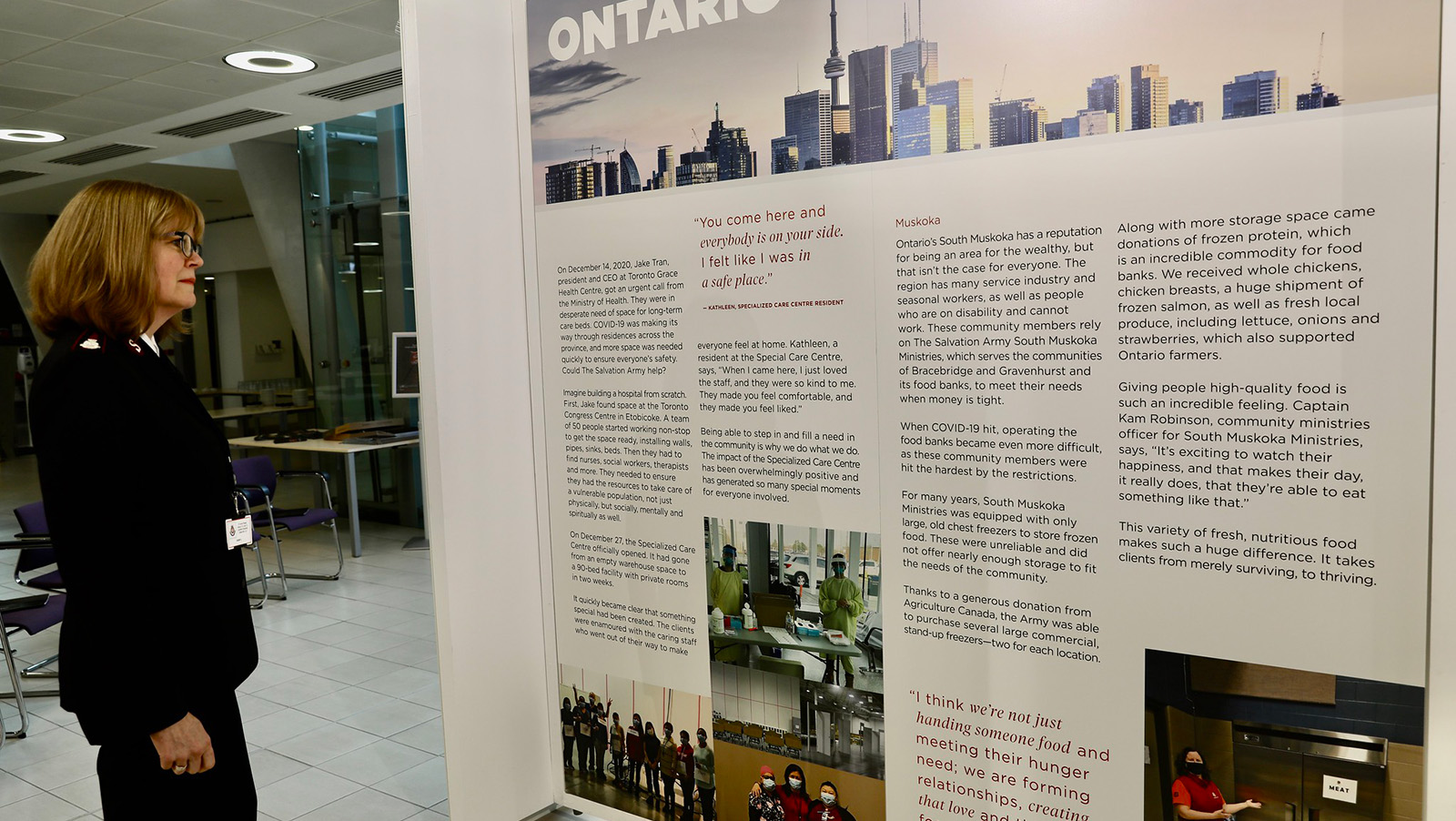 The exhibition showcases stories of community service across Canada and Bermuda

The Everyone Needs an Army COVID documentary has already won many accolades from international film festivals, including winner of best documentary short at the Orlando International Film Festival. The exhibition continues until 24 January at IHQ.

Watch the Everyone Needs an Army documentary now: https://youtu.be/JHxjAFna1Vc