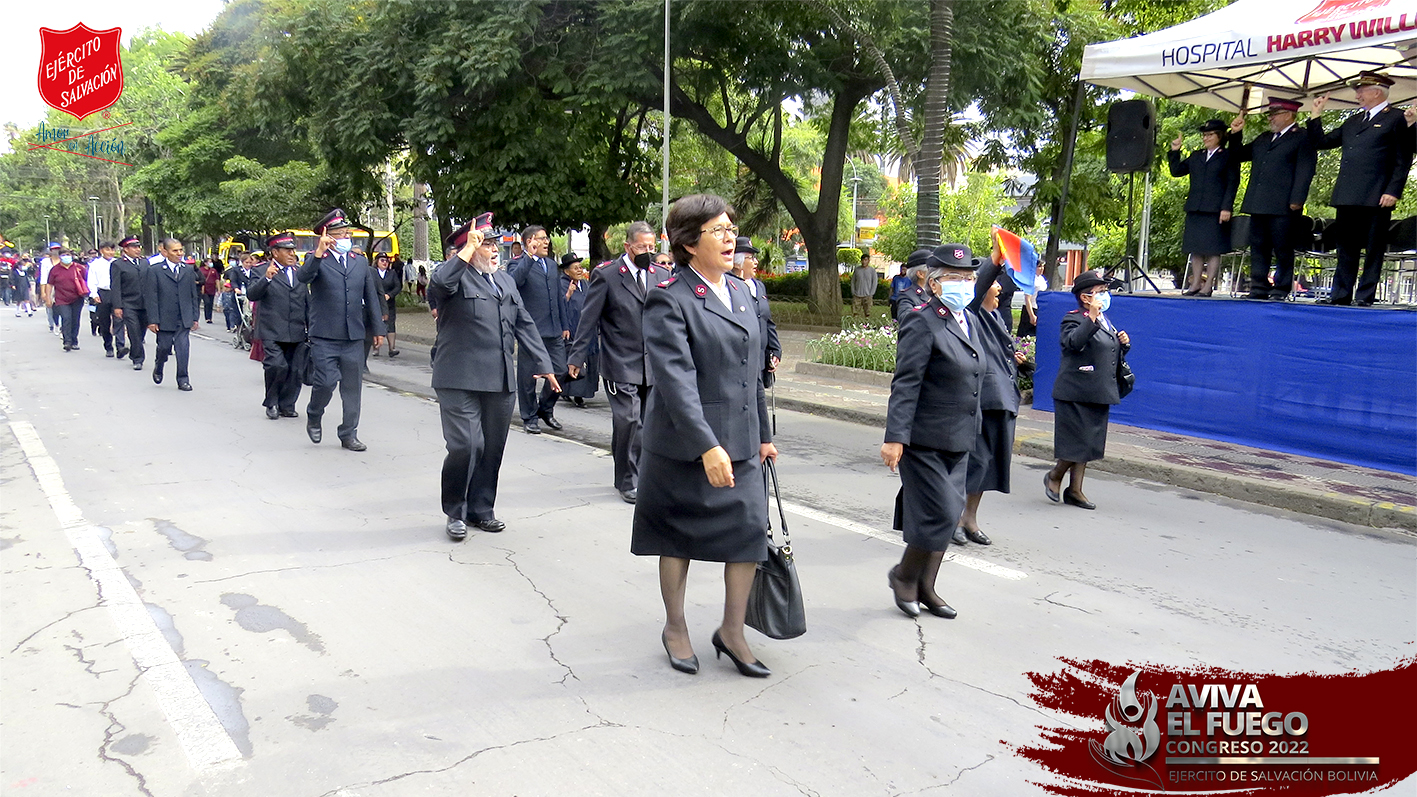 A hallmark of the visit of General Brian Peddle and Commissioner Rosalie Peddle (World President of Women’s Ministries) to the South America West Territory for congress meetings was the movement of the Holy Spirit.

Under the theme Rekindle the Fire, the congress, located in Chile and Bolivia – two of the four countries comprising the South America West Territory – saw a variety of events for Salvationists across the age ranges, with much blessing and encouragement being brought through interaction with the international leaders.

Commencing with officers’ councils in Santiago, Chile, on 7 December, the General and Commissioner Rosalie challenged the territory’s officers to go forward with the mission without fear, relying on the Lord. The movement of the Spirit was evident as many renewed their commitment to God. Then, separate rallies for men and women preceded an evening youth rally, before Thursday events included local officers’, holiness and celebration meetings.

March of witness in Cochabamba

Moving on to Cochabamba, Bolivia, for weekend congress events, the international leaders were impressed by their Saturday early-morning visit to the Army’s Harry Williams Hospital, which meets the needs of hundreds of patients every day. Then, an afternoon march of witness enabled the message to be taken onto the streets. Again, evidence of the movement of the Spirit within the territory was seen, as some 800 Salvationists marched in celebration of their faith.

An evening family meeting saw recognition for The Salvation Army’s work in the community as several awards were made, and on behalf of the municipal council, Councilman Diego Murillo appointed the General as a guest of honour in the city of Cochabamba.

Sunday’s activities included the commissioning and ordination of six officers, during which the General also challenged those present that they should each be a soul-winner for Christ. Parents of the new officers were recognised by the award of the Silver Star by Commissioner Rosalie Peddle. 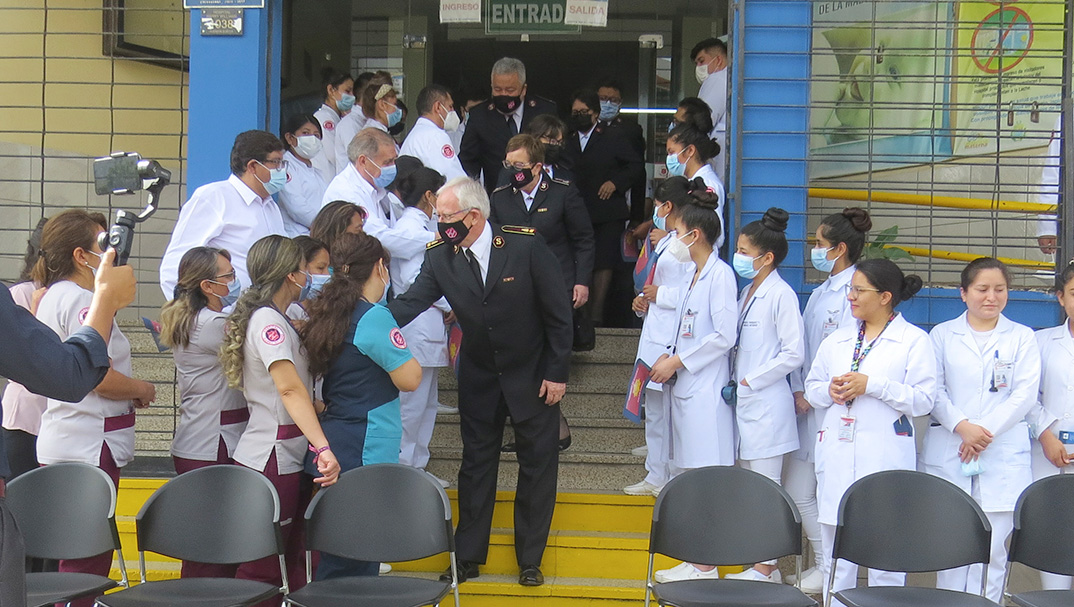 Times of challenge and blessing

In both Chile and Bolivia, special times of fellowship were enjoyed as the General and Commissioner Rosalie participated in question and answer sessions that reflected the servant leadership of the world leaders.

The enrolment by the General of both junior and senior soldiers in Santiago and Cochabamba were special times of challenge and blessing, clearly marked by the presence of God. The joy among the new Salvationists was evident as they took this step of faith and commitment.

Throughout the events of the congress, hundreds of people sought the infilling of the Spirit. One congress delegate said, ‘We felt challenged by God through the words of our international leaders. They are servant leaders – humble and close to the people.’

Sparks of the Holy Spirit's fire

In acknowledging the warmth of fellowship experienced during the visit of the General and Commissioner Rosalie Peddle, Territorial Commander Colonel Alex Nesterenko said, ‘In this remote corner of the South America West Territory, the sparks of the Holy Spirit’s fire were seen in full power … the Spirit continues to challenge us to be the Salvation Army that preaches salvation in Christ and continues to serve those in need. Praise God for his blessings.’

IHQ Communications, based on a report by Major Carolina Márquez