The Barbershop Toolbox: Changing the discourse among men and boys on gender equality

This is Iceland commitment to the HeForShe movement. The Icelandic government has joined HeForShe. Tool box should be a valuable resource.

World economic forum stated that gender equality would not be reached for another 117 years –women cannot wait this long.

Men can work towards positive change in social norms and can hold other men accountable.

Jan 2015 – 500 attendees at the first Barbershop launch. First time so many men came together to have discussions about gender

To uplift one half of society (women), need to lift the whole of society.

Create a space dominated by men, e.g. Barbershop/locker room  to talk about the issue for men

Then take the issue out of that space – call out discrimination and be positive role models.

Example of Best Practice of when multiple stakeholders work together

Important for mobilising men around them. 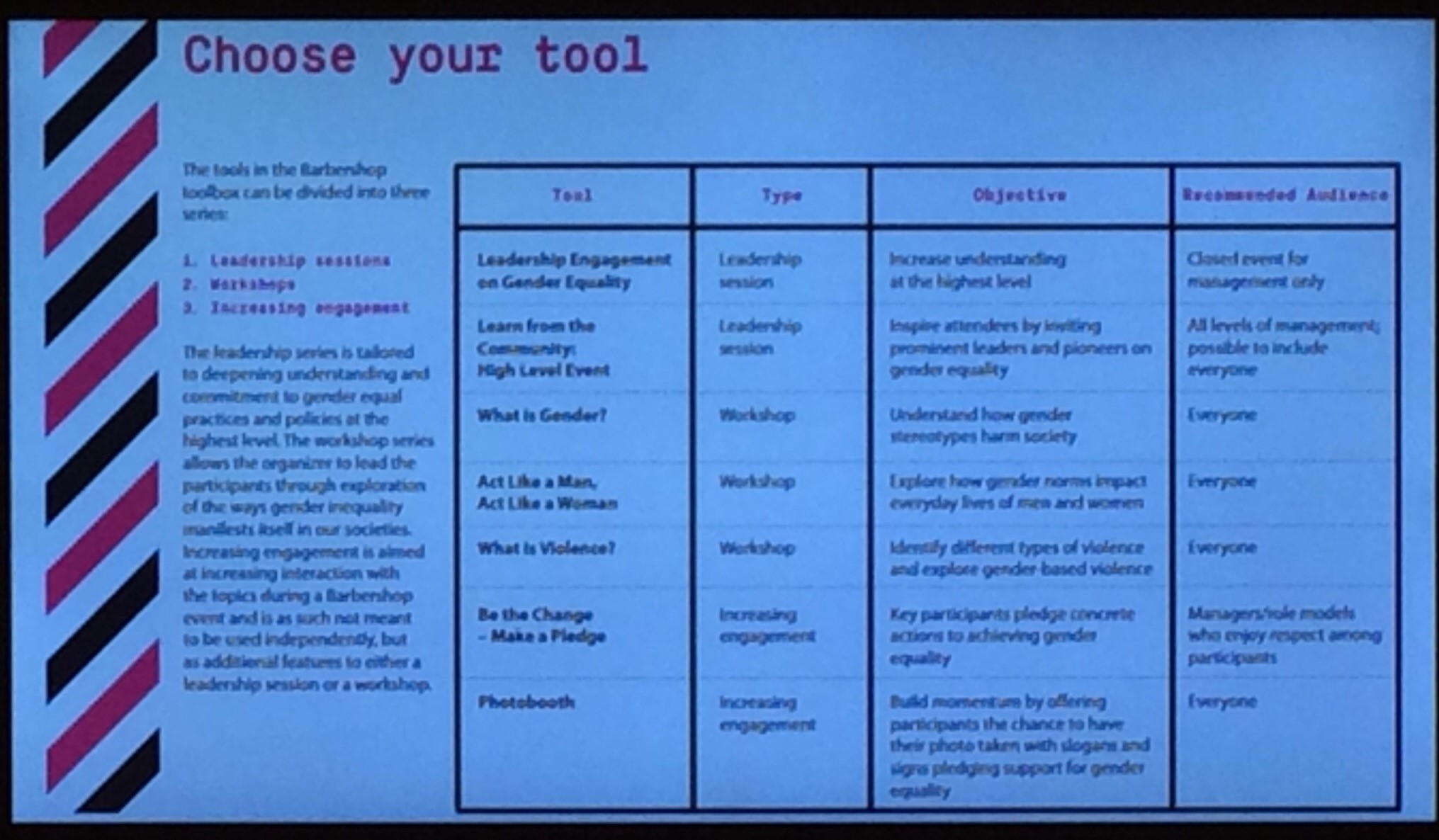 Network of 700 civil society organisations coming together to transform patriarchal systems and to engage men and boys. HeForShe is giving these organisations a platform  and opened doors to further build on their work.

Person is political and the political is personal. Need to make gender equality a personal issue for each person. Everyone experiences gender  - start asking how each person has experienced it.

Working in a more difficult setting:

How do you get men to come in the first place?