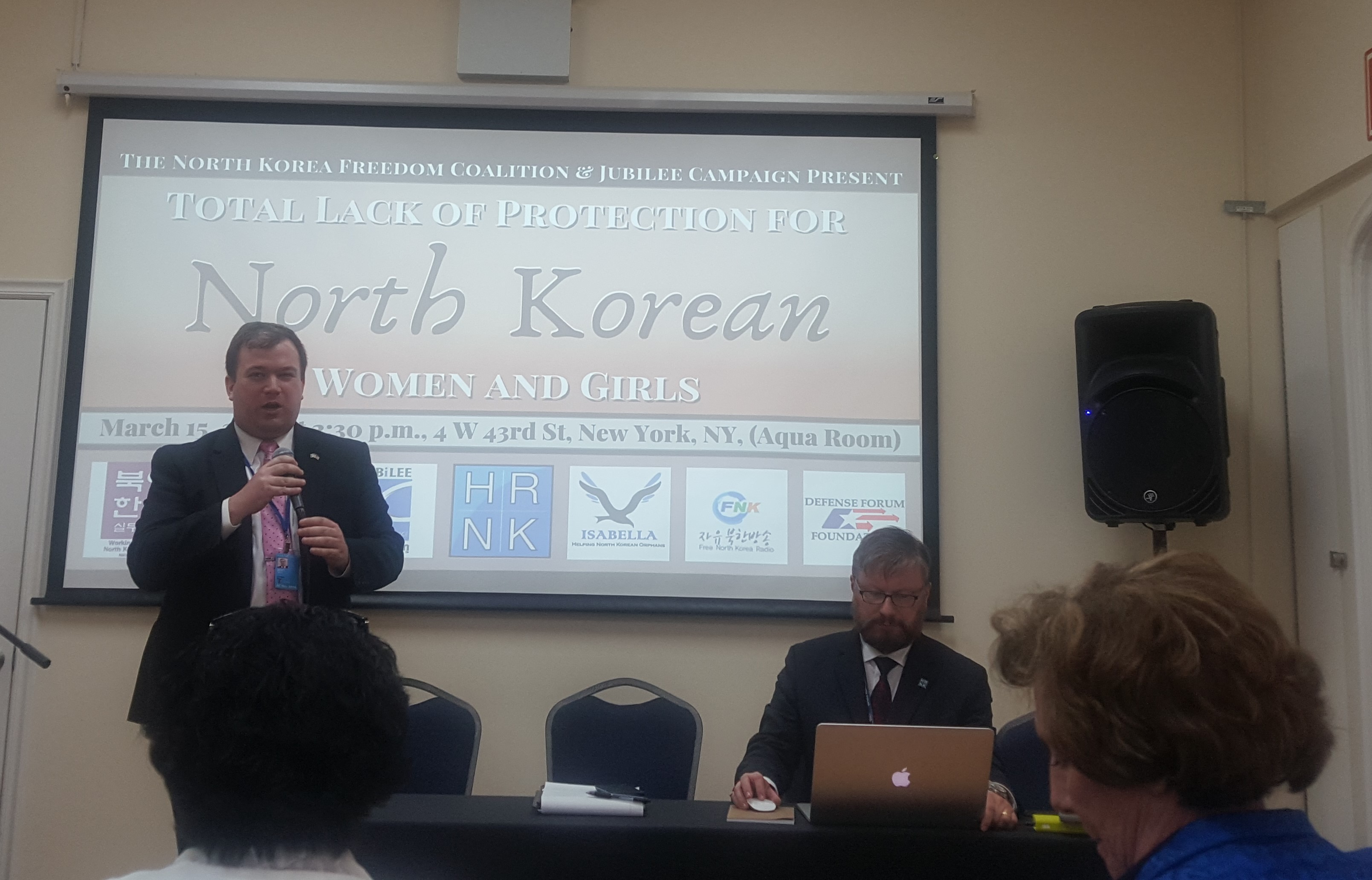 Many North Korean people have escaped from their country, because social protection is not guaranteed in North Korea (DPRK). Two female refugees from North Korea gave their testimony about their lives in DPRK. One witness (Kim Hae-sook) spent 28 years as a slave in prison camp, but she didn’t understand why her family had to be broken up and sent to that place. In the prison camp, the government allowed women to marry when they are 28, and men when they are 30 years old.

Kim Hae-sook had given birth to her daughter in a mountain, and there was no clinic for her baby. North Korea was stricken with famine for many decades, Ms. Kim fed her placenta to her husband. A few years later, she lost all her family members and was trafficked to China in her early forties. After escaping from China, she settled in South Korea.

Most of the prison camps are in the midst of the mountains in North Korea, and prisoners have to work as miners. Due to the unsafe environment and heavy work, a lot of men are killed and 60 per cent of women are left to work at the mine. The other witness (Ms. Park) was tortured in a prison camp when she was captured. Many women experience sexual abuse and torture in the prison camps, even though it is illegal. Fortunately, these two witnesses survived and escaped from North Korea, but many people are dying because of famine, torture, and human trafficking now.

Next, Committed for Human Rights in North Korea Executive Director Greg Scarlatoiu presented how the market of North Korea has developed. However, the system of government endorsed social discrimination based on the level of alliance to North Korea and has made women’s dignity decrease significantly.

This meeting was good way to let the world know what happens to women in North Korea, and The Salvation Army Korea territory has started to support and rehabilitate the North Korean refugees in South Korea. It is especially powerful to advocate through telling stories because we often do not think about North Korea as affecting individual lives but this meeting helped put a face to the country.