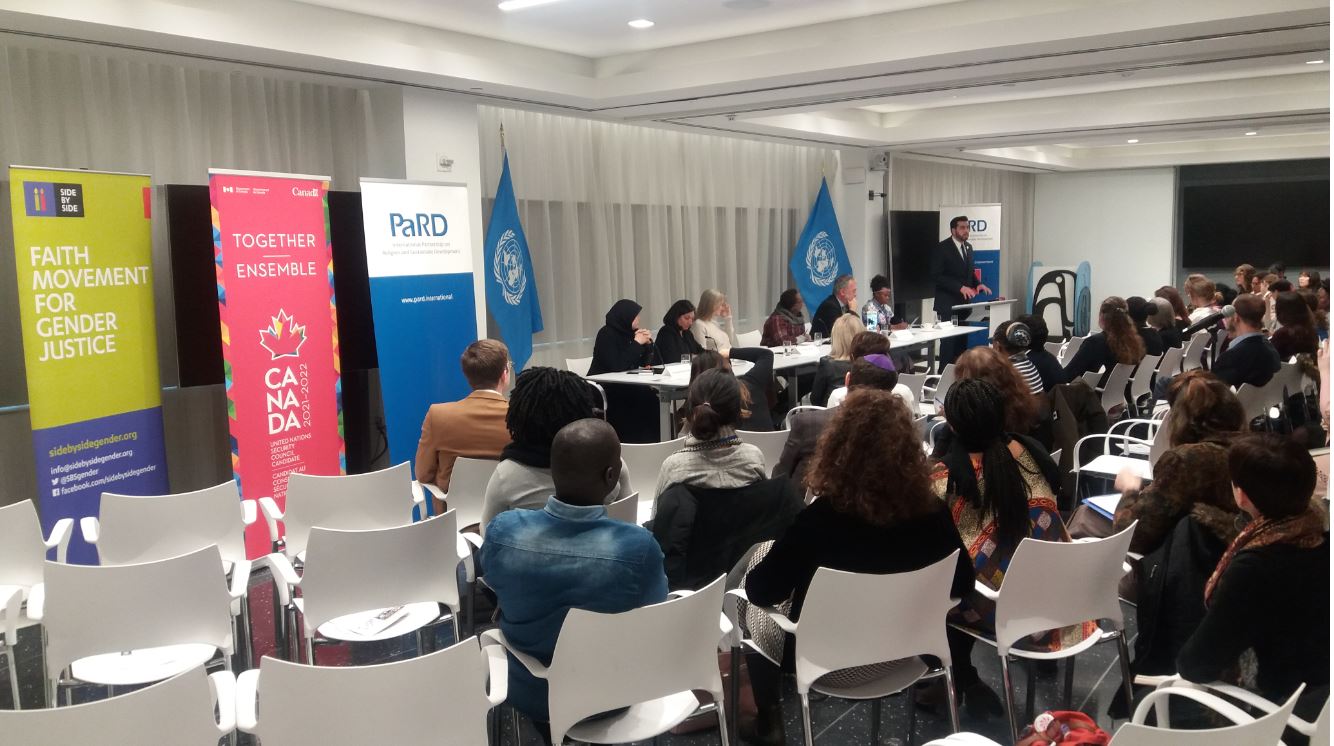 Type of meeting: Panel Presentation with Questions and Answers

The event was in the Permanent Mission of Canada to the United Nations and the opening remarks were made by a representative of the Canadian Government. The moderator was

Kirsten Muth, the Special Advisor for the Episcopal Relief and Development, and the panelists were:

In the light of what was presented, and as a faith-based organisation, and also as human rights supporters we need to: