How do International Organisations have a Cohesive International Action in the Arena of Modern Slavery and Human Trafficking Response? 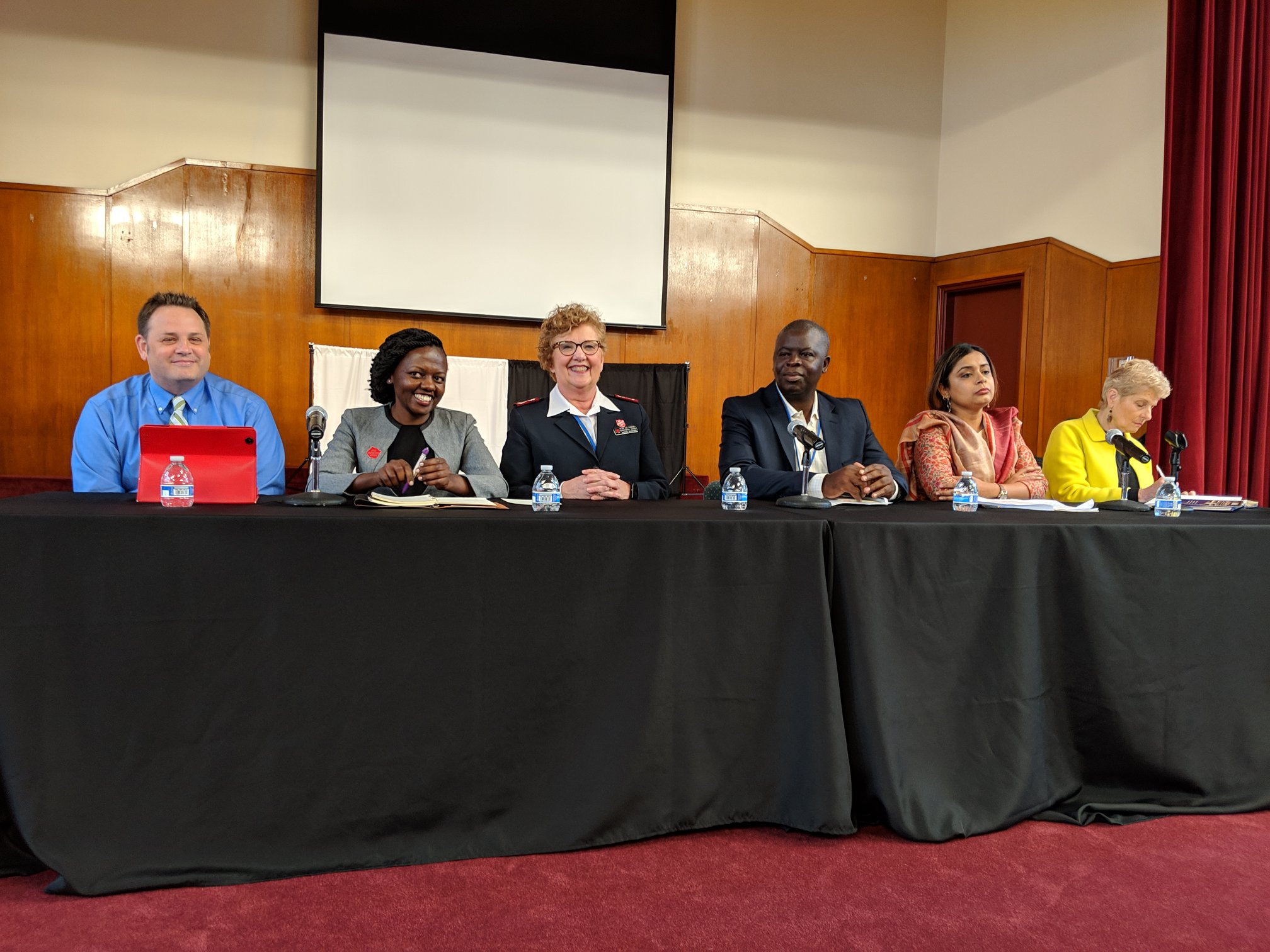 The meeting began with an introduction of the panellists and a video from Lieutenant Colonel Eirwen Pallant. In the video, she explains the formation of the Anti-Human Trafficking Task Force and how to mobilise the church. There has been a process of learning and sharing with the Anglican Alliance and World Evangelical Alliance that has been fruitful.

It is important to share this with the rest of The Salvation Army because as it was mentioned, a key to this fight for justice is about partnership – internal and external. We will be strengthened if we are aware of the work being done around the world to combat Human Trafficking. There is power in using stories from individuals to communicate the reality that people face around the world.