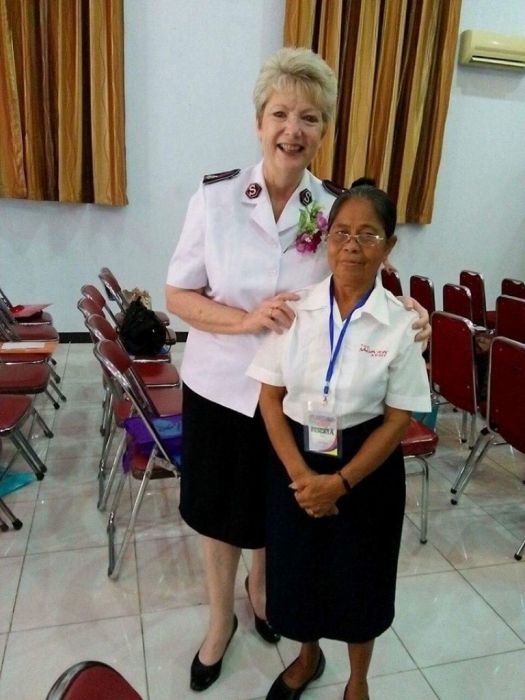 Nonce grew up in South Sulawesi and came from the Bugis Tribe – a strong cultural and religious group in that area. She became well versed in the Koran and in fact became a teacher of the Koran to the women in her tribe.

Nonce married a Christian man, but he converted to Islam when they married. About six years after her marriage, Jesus appeared to her in a vision, but she ignored this and refused to acknowledge the reality of it. It happened again on two subsequent occasions and on the third time she saw Jesus’ hands and heard him say “I am the way and the truth”. At this point she felt compelled to acknowledge Jesus in her life.

However, the decision to follow Jesus came at an incredible cost and Nonce endured intense opposition and persecution from her tribe who were very angry with her. They threw stones at her house, repeatedly threatened to kill her, and threatened to bury her body in the ground leaving her head open to the elements.

On one occasion they dragged her from her house and beat her around the head. As the men were beating her she prayed, “Father forgive them because they don’t know what they are doing”. Thinking she was going to die she prayed, “Lord I am yours!”.

During all the threats and opposition, Nonce declared that she was not afraid to die for her faith and asked God not to leave her alone. The first time she entered a church with her husband, who also converted back to Christianity, she wept and prayed “Lord raise me up!”.

We witnessed an amazing small woman with a giant faith in God who refused to be deterred by opposition. Nonce now lives in West Papua and in 2002 became a soldier of The Salvation Army.

She confessed that God had been her strength, she had received many blessings through the church and she would never turn back from following Jesus.