The enigmatic name Takasa is a Swahili word meaning 'to make pure'. It epitomises all that the band embodies - the members are brought together by a shared love of music and belief in God. 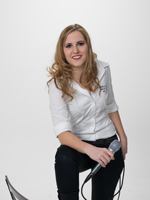 Vocalist Sarah Breiter (21) is the youngest band member, a senior citizens' healthcare specialist from Bützberg. She describes herself as 'spontaneous, fun-loving, dependable and loved by God.'

She's part of her local Salvation Army youth group team and a member of the corps worship band. Other musical interests include hip-hop, pop and rock – 'almost anything, depending on mood and situation', she explains.

'We have a lot of fun together in the band ... in my opinion our chances are not bad! I’m excited, and I look forward to seeing what happens!' 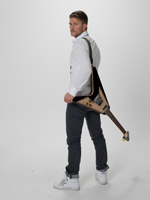 Jonas Gygax (22) is from the Swiss capital Berne, where he works as a freelance sound engineer and music producer. His motto is 'trust in God' and gives his all for what he believes in.

As well as working in the music industry, he plays guitar in the Berne Salvation Army worship band. He vowed that if the band was successful in the Swiss national selection contest, he would become a Salvation Army officer!

He thinks that You and Me could do well. 'Whether out of respect or just because they like us, people will certainly vote for us!' 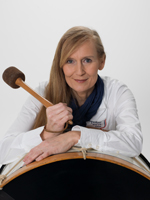 Major Katharina Hauri (46) is a Salvation Army officer who leads the corps (church) in the rural village community of Gurzelen with her husband Peter.

She plays the bass drum in the group and is keen to emphasise that the lyrics are 'a parable about how we serve in The Salvation Army. The song tells people our mission, she says, 'we are all here for each other!'

Takasa's tagline 'together we are one' was chosen before the overall theme of this year's Eurovision Song Contest was announced - the strikingly similar 'We Are One'. We hope this bodes well... 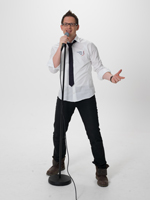 Christoph Jakob (31) provides the lead vocals in Takasa. A member of The Salvation Army in Thun, he is currently a trainee teacher in Bern and works part time in The Salvation Army's IT department. He also volunteers at a refuge for homeless people in his home town.

He hopes that taking part in the Eurovision Song Contest will challenge people's perceptions of The Salvation Army. 'A lot of people still find us antiquated and outdated. They still visualise us at Christmas in the street singing old-fashioned songs.'

'We want to show them that The Salvation Army can also be in, modern and provocative.' 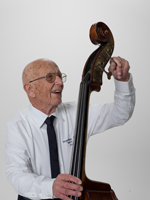 Emil Ramsauer is the Eurovision Song Contest's oldest-ever musician at the age of 95. The band's double bass player, he has been making music for the last 85 years - including 35 years as the conductor of the Salvation Army band in Thun. He operates a transport service for senior citizens in the town and continues to practise his former bookbinding profession in his own back yard workshop.

His desire is for The Salvation Army to be better known again: 'Over the last few years you don’t see us as much as you did when we used to sing in the pubs and restaurants, and all we can do mostly is just pass the collecting box around. So it’s a wonderful idea to put the Salvation Army in the public eye like this.' 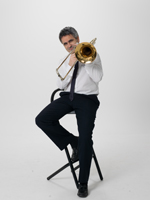 Trombonist Michel Sterckx (47) is a Salvation Army project manager from Bern. He is a Sunday school teacher in the capital's Salvation Army corps and conducts the brass band, although he also enjoys other musical styles such as Renaissance and contemporary jazz.

A team player ('I'm nothing on my own'), Michel is 'cautiously euphoric' about Takasa's chances in the contest.

So will it be douze points for La Suisse? Find out how you can support Takasa on Thursday.