THE USA Eastern Territory celebrated its long-awaited return to the camp meetings in Old Orchard Beach, Maine, with the Chief of the Staff Commissioner Lyndon Buckingham and Commissioner Bronwyn Buckingham (World Secretary for Spiritual Life Development). Although such meetings had been a staple of summer ministry since 1883, gatherings at the venue came to a halt when safety became paramount amid the COVID-19 pandemic. 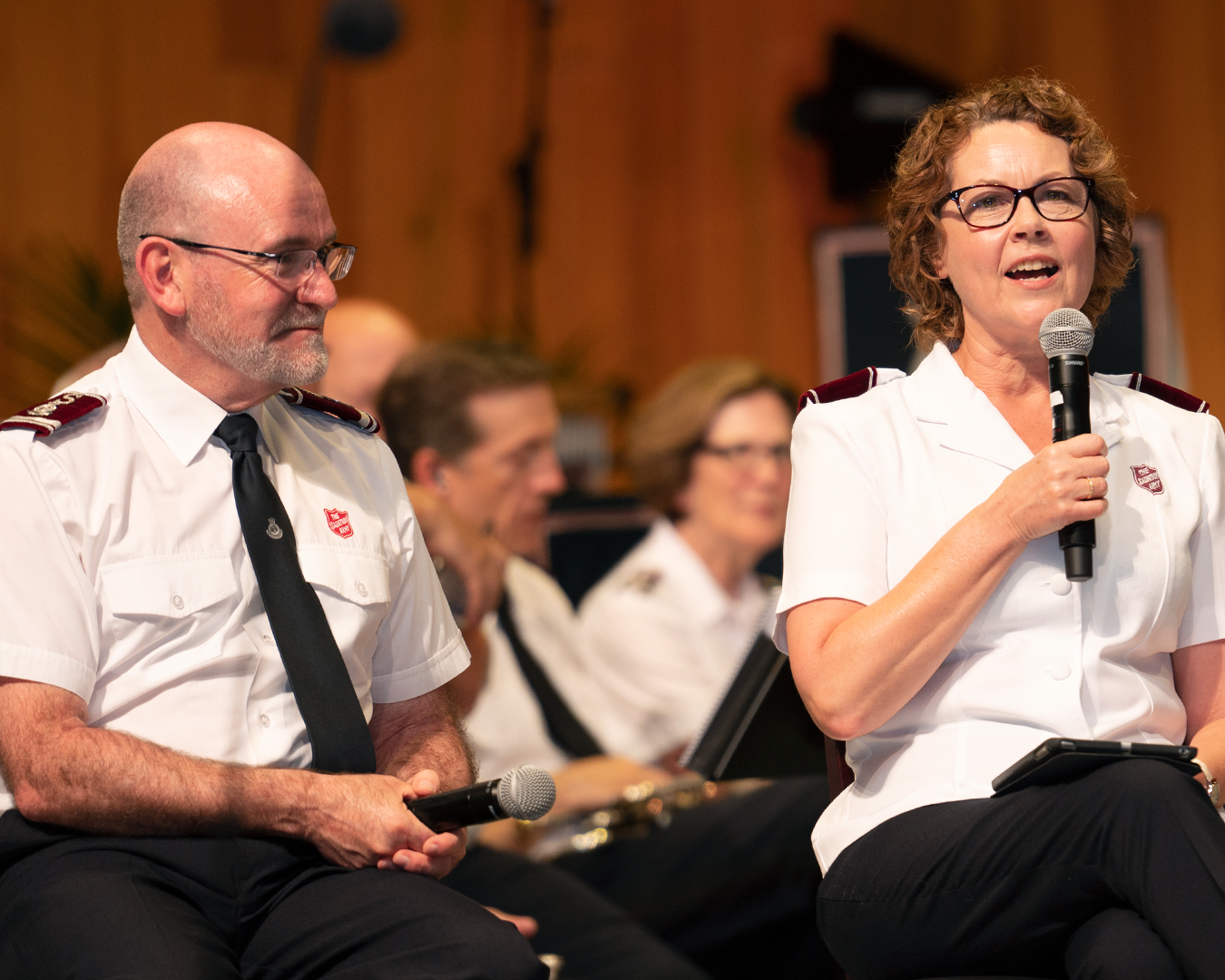 In 2022, almost three years later and amid a heatwave that swept the north-east and surging fuel prices, Salvationists from around the territory, as well as those visiting from Canada and beyond, boldly resumed the meetings. They sang, danced and praised the Lord from the pier to the beach, to the street, to the chapel and to the pavilion under the theme, ‘TOGETHER: Nothing shall separate us’.

The Old Orchard Beach meetings started on Saturday 23 July and continued until Tuesday 26 July, with many events including a march of witness, magic shows, dance performances and live music concerts taking place at the Seaside Pavilion and on the nearby pier. Alongside the Chief of the Staff and Commissioner Buckingham, territorial leaders Commissioners G. Lorraine and William A. Bamford, supported by Bible study leaders Commissioners Mark and Sharon Tillsley and Majors Brett and Jessica DeMichael, inspired congregations at every venue.

Salvationists gathered under the wings of the Seaside Pavilion to enjoy powerful selections from the New York Staff Band (NYSB), energising congregational singing, the heartfelt music of the Eastern Territory Staff Songsters (ETSS) and to receive a message of challenge from Commissioner Bronwyn Buckingham.

The Chief of the Staff offered a poignant report on how Salvationists have regrouped in the response to and aftermath of COVID-19. ‘You probably haven’t been hearing it on the news, but I tell you that God is coming with refreshing, energising power to re-establish his presence!’, he stated, to which his congregation responded with sustained applause. ‘There have been healings, liberations and transformations. Men and women have been born into the Kingdom of God, and we should be celebrating that!’

The Chief of the Staff lit a spiritual flame that burned in the hearts of many seekers who came to the mercy seat, fell to their knees and prayed. Those gathered were encouraged to take their shared moment of divine inspiration from their hearts to the lost souls of the world.

‘I feel my heart pounding. I feel like I’ve viewed something incredibly sacred as we’ve worshipped and praised the God of our creation,’ said the Chief. ‘The psalmist said, “Let everything that has breath praise the Lord”.’ We’ve been doing that. We were created to give honour and glory to God, and he wants to celebrate with us.

‘But we must take it beyond here,’ he continued. ‘On our lips, in our conversations with our family. People need to hear us give glory and praise to God. Let us be the people who say to the Lord, “how great thou art!”’

The final evening featured the NYSB and ETSS in concert, leaving the audience satisfied in a way that was deeply spiritual. The night allowed the Pavilion lights to illuminate the brass instruments and artists who played them. On two screens symmetrically above the platform, images of God’s creation – people, animals and earth – unfolded in a continuous display of motion and majesty.

Based on a report by Warren L. Maye.