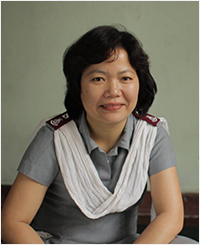 Disaster struck Nepal on the morning of Saturday 25 April, when a magnitude 7.8 earthquake hit, devastating the capital region of Kathmandu. An experienced team of Salvation Army disaster workers – Damaris Frick, from International Emergency Services (based at International Headquarters), Colonel Carol Telfer and Major MacDonald Chandi (both based in Pakistan) – are now in Kathmandu, where they will work alongside the Salvation Army officers in charge of the ministry in Nepal, Majors Lalsangliana Vuite and Lalnunsangi Ralte.

In this interview, Major Ralte (right) provides an exclusive, first-hand account of the earthquake and its aftermath.

Where were you and what were you doing at the time of the earthquake?

We were having a holiness meeting and were opening a time for sharing testimonies. (In Nepal, Saturday is a holiday, so we have our worship services then as Sunday is the first day of the week.) There was a great rumbling sound and the whole ground was shaking. Outside, people were shouting and calling out to their respective gods. The pipelines and the water tank broke off the roof. Cows were mooing, dogs were barking and the crows were hovering. The house was shaking so much that it was difficult to get to the door, but after some time, we managed to get out.

What did you do after the shaking stopped? 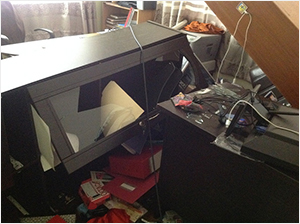 We went back in and finished our worship service, but then we had to run out again. The whole day and night we were outside as the houses were cracked and dangerous to enter. We had no tent or any kind of shelter. It was cold and raining. We spent three nights outside, and on the fourth night we went back into the house.

All the shelves and various items – including desktop computers and projectors – had fallen down and were blocking the door. There were many aftershocks –I couldn’t count them all. We went in and out many times, despite the danger, but we were too hungry not to try to get some food.

In between the aftershocks, we went out and prayed with our people because they were so afraid. Our members felt much safer just being with us. This is the very reason why we are here. God is great.

What are the most immediate needs? 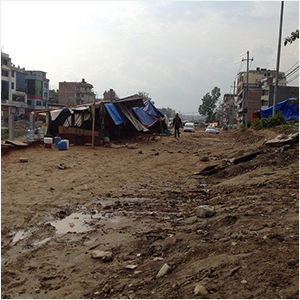 The most critical problem is that there are no tents, and none available to buy.

How long have you been stationed in Nepal? What kind of work is the Army doing there?

My husband, Major Lalsangliana Vuite, and I have pioneered the Army’s work in Nepal since 2009, along with our two daughters Amelia, 21, and Rebecca, 18, who are extension officers.

Right now, The Salvation Army has about 200 worshippers in Nepal, and operates a community development centre where we run a tailoring and craft centre for Indigenous women, as well as an after-school care program where we help children who have no one to take care of them, teaching them and helping them do their homework. We recently opened the Sisters Café for vulnerable women.

What damage was caused to Salvation Army property?

The Sisters Café and its supplies are badly damaged. This is a very important ministry as 11 families depend on it. If we can get some assistance and recover the lost supplies then we can run the café again.

Team members in Nepal are grateful for all promises of assistance and they also value the prayers being offered by people across The Salvation Army and beyond.