THIS year's Christmas displays at International Headquarters (IHQ) in London have been unveiled, revealing a poignant message that some of the difficulties faced 2,000 years ago by Jesus and the Holy Family are still affecting thousands of people today.

With an estimated four million pedestrians passing IHQ every year, the Christmas display – consisting of four large lightbox images that shine through the windows – will be seen by hundreds of thousands of people. The display fulfils General John Gowans's dream that IHQ be not just an administrative office but a 'building that speaks for itself'. 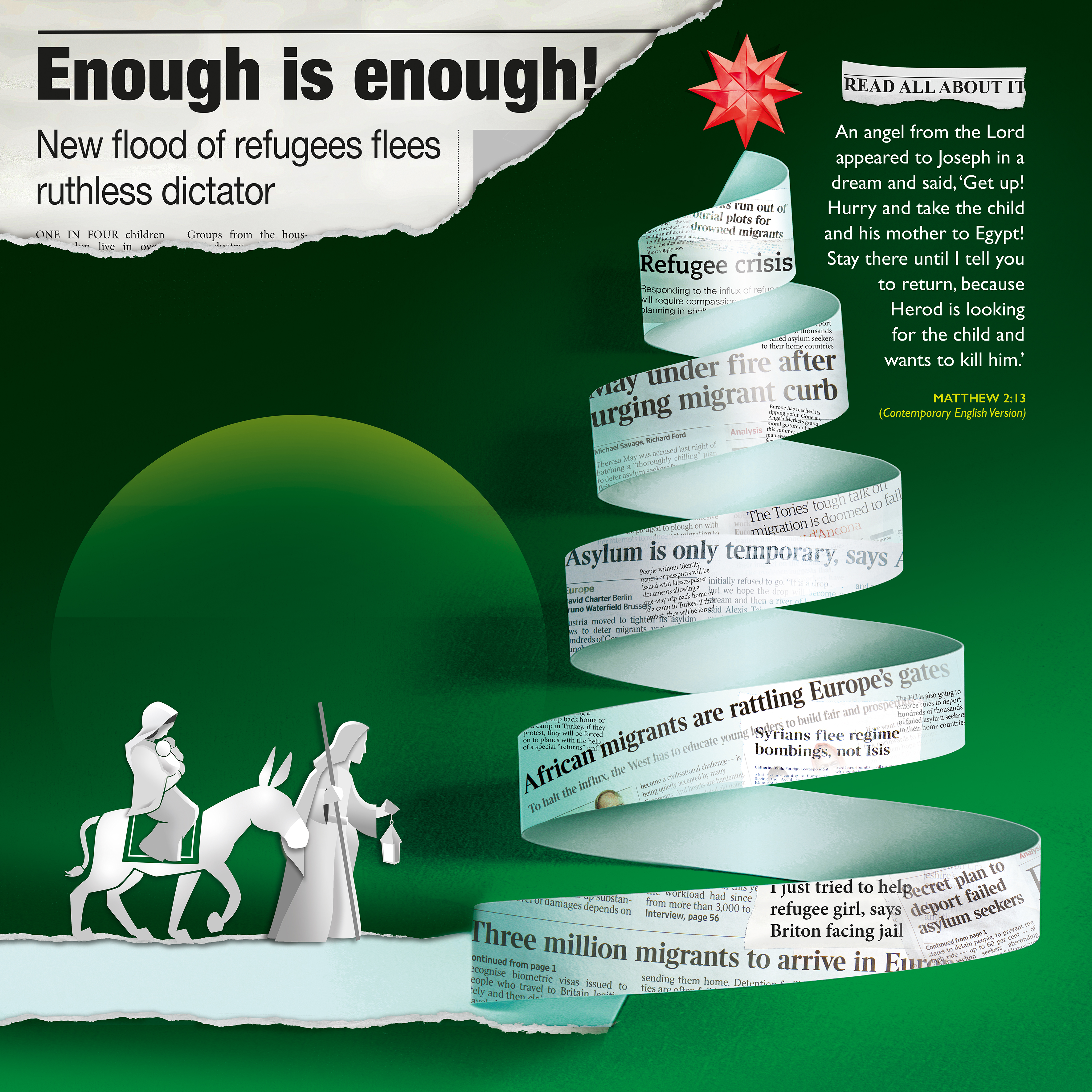 The Chief of the Staff, Commissioner Brian Peddle, took time to look closely at the new images. He revealed that he has been amazed at the way in which the public interacts with the IHQ building, with many taking photographs of the Bible texts that are wrapped around the ground-floor windows. From his office he has already seen people stop to take photos of the Christmas display, with some pressing their faces to the windows to take in every detail.

The set of four images, loosely titled 'Read All About It', were created by Berni Georges and Kevin Sims, of the IHQ Communications Section. At first glance they seem to contain simple but well-known Christmas images, made up of folded paper and newsprint, but a closer look reveals a powerful message.

Kevin explains that the initial concept came from seeing the plight of migrants in Europe – and the often unkind approach of some newspapers. Each image contains a newspaper headline that could be seen as a response to an aspect of the Christmas story if it was being reported today – a family fleeing as refugees, a shortage of appropriate accommodation, the declaration of world peace and a pregnancy occurring out of marriage. Real newspaper headlines and text add context, and a 'Read All About It' Bible quotation seals the link between each part of the Christmas story and the similar current situation.

The images are all available to download from the IHQ Flickr stream at sar.my/christmasdisplay2015. They are free to use for Salvation Army corps (churches) and centres (through multimedia displays or printed as posters up to 50cm wide), or to share on social media. Anyone wishing to use the images for large-scale and other purposes is asked to contact IHQ Communications (email: IHQ-Communications@salvationarmy.org).