Salvation Army on Alert in Hawaii as Kīlauea Volcano Erupts

SALVATION Army emergency personnel on Hawaii Island are mobilising to respond to a lava flow from the erupting Kīlauea volcano. Hawaii civil defence officials predict that the molten rock, progressing at 5-10 metres per hour, will soon cross the island’s main highway and threaten up to 50 homes in the village of Pahoa. 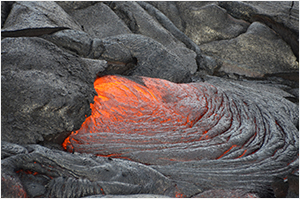 Kīlauea is the most active volcano on Hawaii, and has been almost continually erupting since 1983. However, the direction of the lava flow changed in June and has engulfed farms and a cemetery on the outskirts of the village. The lava reaches temperatures of up to 900°C, destroying almost anything in its path.

Major Mark Gilden from The Salvation Army’s Hawaiian and Pacific Islands Division explains: ‘The Salvation Army is part of a team of agencies providing assistance during this event and working closely with both the State of Hawaii and East Hawaii Island Voluntary Organizations Active in Disaster.’

He continues: ‘We anticipate The Salvation Army will be providing displaced residents, emergency management workers and volunteers with food and water, overseeing a planned temporary storage area for personal property and facilitating emergency donations. In addition, our mobile canteen is on standby for use on the island.’

Based on reports from USA Western Territory