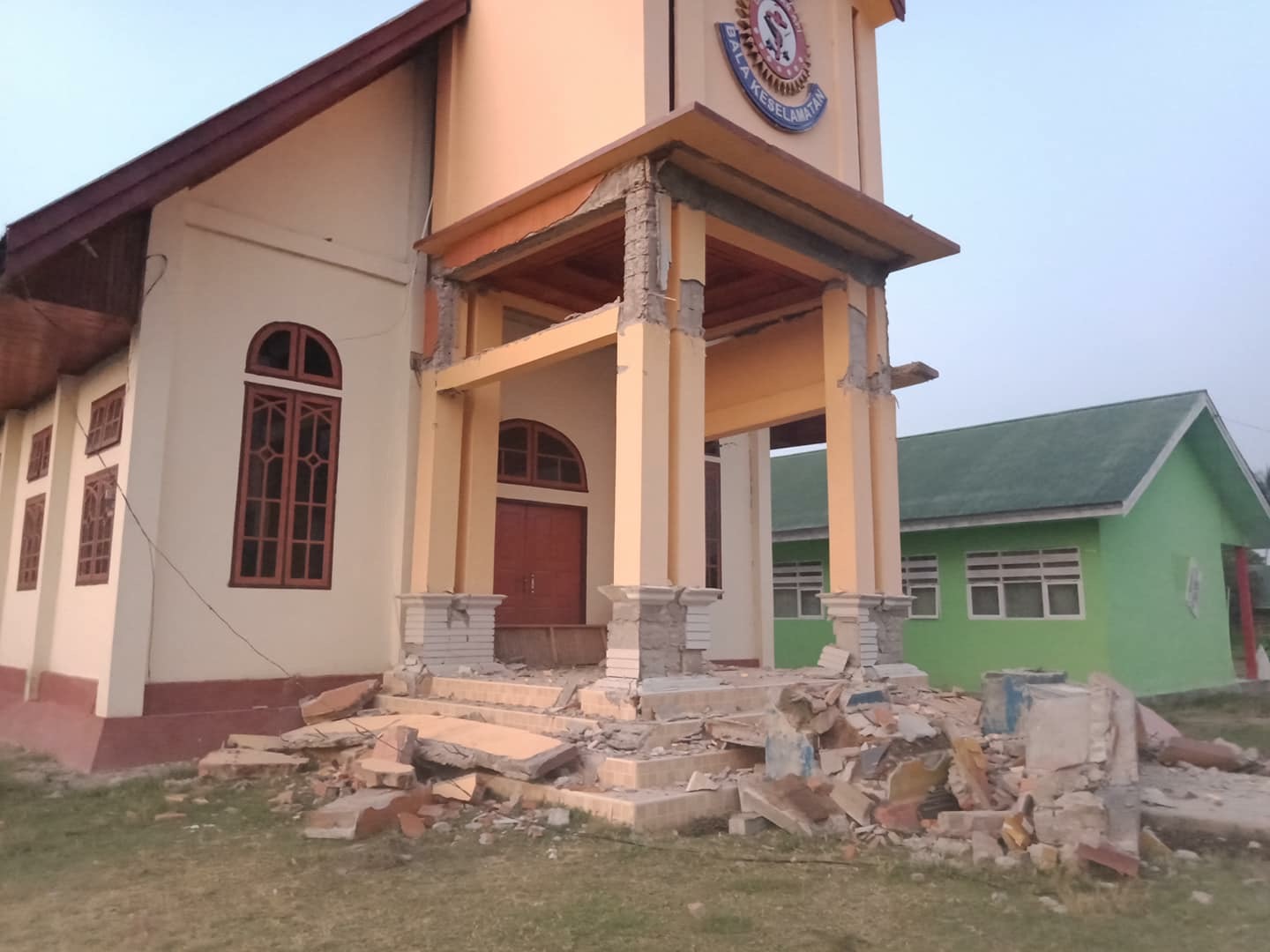 WIDESPREAD power and communications failures are hampering relief efforts in Donggala and Palu, Indonesia, following a 7.7-magnitude earthquake and subsequent tsunami which caused massive damage across Central Sulawesi. Thousands of homes in the region have been destroyed or severely damaged, leaving many people homeless and sheltering under tarpaulins. The Salvation Army has a substantial presence in the region, including schools and hospitals, but has also sustained serious damage to several of its properties.

The Salvation Army’s Woodward Hospital in Palu – which has recently opened a new medical wing ­– had to be evacuated due to structural damage. At least one Salvation Army corps (church) building has collapsed entirely while others report significant damage. At least six Salvationists are known to have died among the 384 confirmed fatalities and more than 500 injured. The local authorities anticipate this number to increase as more rural areas are accessed in the coming hours and days.

Survivors are being advised by local authorities to remain in the open and not to return to their damaged homes. Strong aftershocks are presenting additional problems to first responders and volunteers who are caring for those who have been hurt. Many injured people are being treated in tents because of damage to hospital infrastructure. Transport is disrupted across the region, and the main regional airport has lost part of its runway.

The Salvation Army’s Indonesia Emergency Services Team has been activated by Territorial Headquarters in Bandung, and a major disaster response in Central Sulawesi is being planned. Chief Secretary Lieut-Colonel Yusak Tampai, second-in-command of The Salvation Army in Indonesia, has arrived in Palu to help local teams make a detailed needs assessment and assist in coordinating The Salvation Army’s response. A significant aspect of this will be to provide pastoral and emotional support to victims and their families. The emergency response team has only just stood down from an earthquake response in Lombok.

The Salvation Army’s international leader General Brian Peddle has called on Salvationists and friends worldwide to pray for Indonesia. On his Facebook page, he asks that ‘every congregation will uphold our Indonesian brothers and sisters, as they, in the midst of their own grief, do their best to serve’.