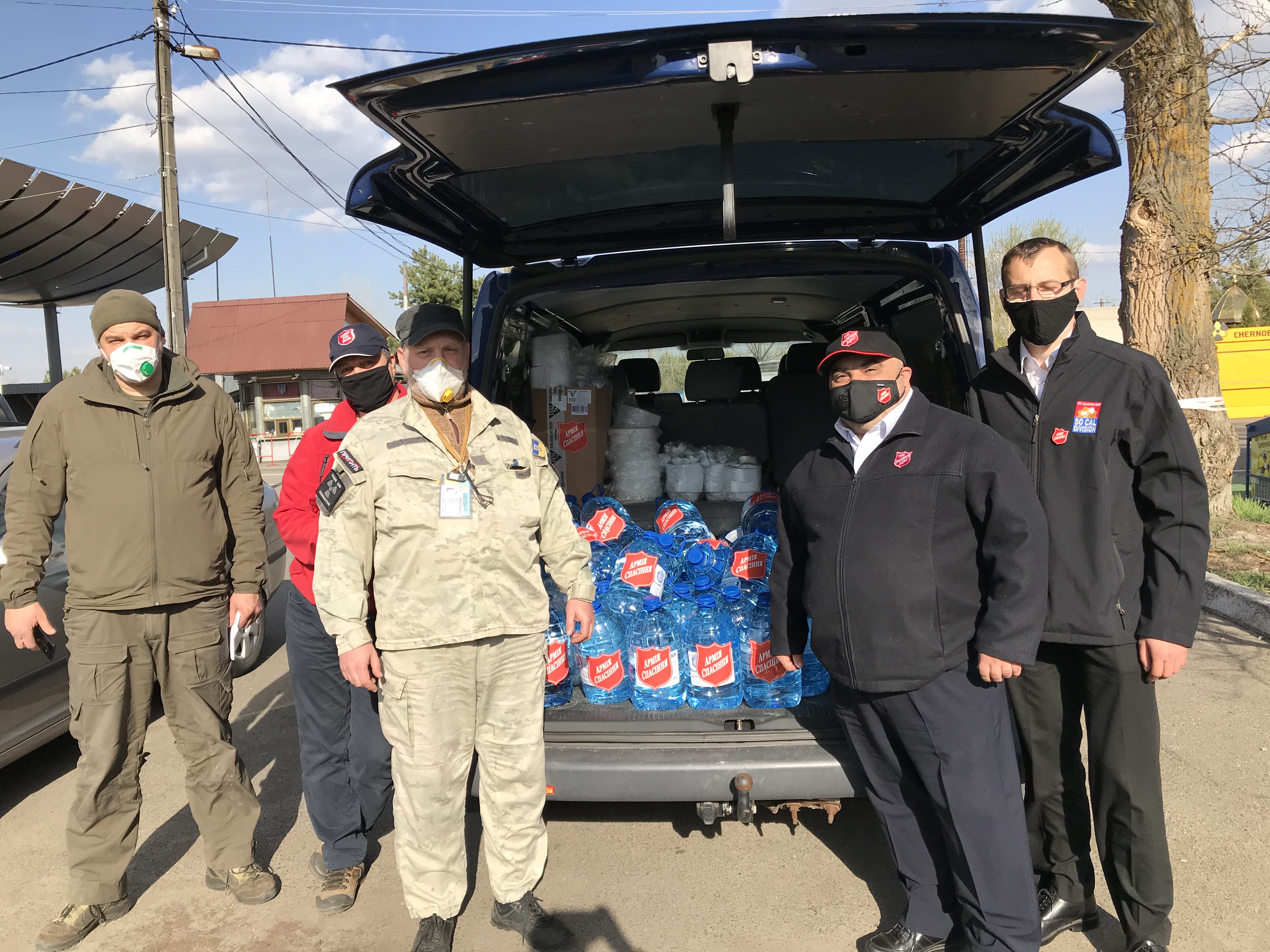 RADIATION levels 16 times higher than normal have posed a major threat for firefighters and other emergency personnel tackling wildfires that have rampaged through an exclusion zone surrounding the former nuclear power plant in Chernobyl, Ukraine. More than 1,000 emergency personnel were deployed fighting the fire, in order to prevent the blaze reaching the abandoned power station near the Ukraine-Belarus border. Their mission: to avert a further radiological disaster affecting the country and the wider region. Salvation Army personnel have been providing welfare support to the frontline teams.

The incident has been extremely challenging for first responders because of the scale of the fire and the hotspots of radiation that remain from the partial core meltdown that damaged one of the reactors at the power station 34 years ago. In that disaster, significant quantities of radioactive isotopes were released into the atmosphere and deposited contaminants across large areas of Europe. Locally, vehicles abandoned at that time still remain in place, with some emanating radiation 1,500 times in excess of background levels. The plume of potentially hazardous smoke from the April 2020 wildfires drifted south towards the capital, Kiev, where residents were advised to remain in their homes with windows closed. An estimated 4.5 million people were, for a time, stranded in their houses while the wildfires raged.

With emergency responders using more than 300 vehicles – including helicopters and planes – to extinguish the wildfires, The Salvation Army in Ukraine has been providing bottled water, lantern batteries and disposable tableware to aid with refreshment breaks for the frontline workers.

Major Veaceslav Cotrutsa, The Salvation Army’s Divisional Commander for Ukraine, explains: ‘It was important for The Salvation Army to help firefighters in meeting their needs – particularly [drinking] water. The purity of our air and the control of radiation in the air depends on them. We went there with our prayers and the hope that we would bring them not only some help, but also the encouragement and support of their spirit.’

Travelling to the limit of the exclusion zone from Kiev, Major Veaceslav was joined on the support mission by officers and volunteers from the capital’s Mayak Corps (church).

Although the fires have now been brought under control after an 18-day operation, The Salvation Army plans two further visits to the region, due to ongoing needs and the scale of the disaster.