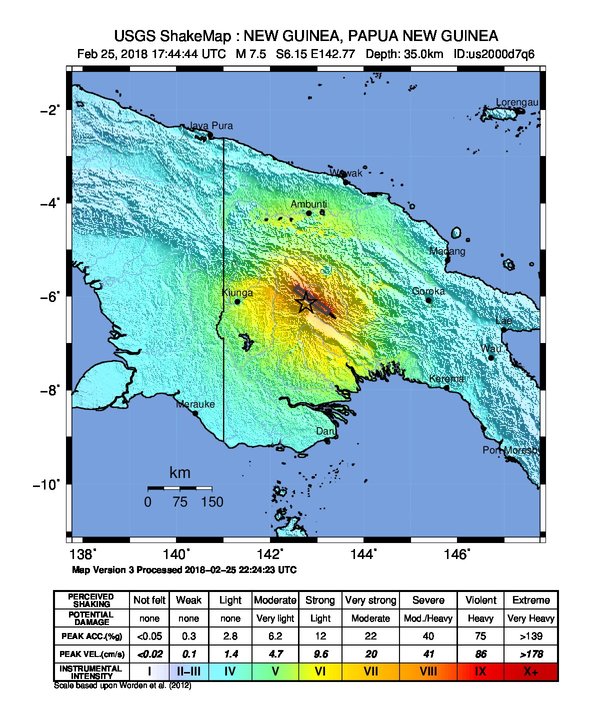 AN estimated 10,000 households have been affected by a damaging earthquake which has caused devastation in the Hela and Southern Highlands provinces of central Papua New Guinea. The 7.5-magnitude quake, which shook the region in the early hours of Monday 26 February, has claimed at least 16 lives and injured 300 people. Roads and airstrips have been severely affected, making travel in and around the remote region even more difficult than usual. Communications are hampered further by disruption to the power and telephone networks.

The Salvation Army is the emergency relief response partner of ExxonMobil – the international oil and gas corporation – which has a gas conditioning plant in the affected area. Plans are being developed to provide emergency relief assistance to 500 households in the immediate vicinity of ExxonMobil’s site in Hides. The initial proposal is for three teams of eight trained responders to distribute emergency food and other essential household items, as part of a coordinated response in conjunction with the local authorities, local churches and other non-governmental organisations. Health professionals will be included among the response teams. ExxonMobil is assisting with transport to the remote communities, and with other logistical arrangements.

Subject to a detailed needs assessment, a second phase of response would extend the relief efforts to more homes in the Hides and Gobe corridor – an extremely rugged and remote part of the country, in which access is difficult. The Salvation Army’s work in Papua New Guinea includes the training and deployment of community health workers, literacy programmes and provision of education to more than 4,000 children. The Salvation Army also offers support services to people who leave their traditional rural communities in search of employment in the larger towns and cities.

Donations to The Salvation Army's South Pacific and East Asia disaster fund can be made online.