Chief of the Staff Celebrates an Abundance of Blessing at South London Divisional Celebration, UK 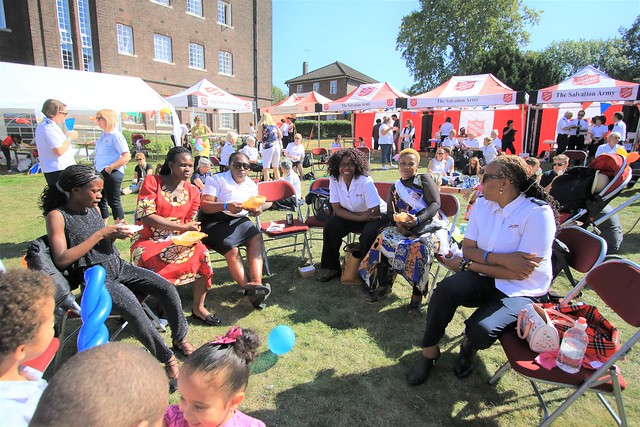 THE Chief of the Staff (Commissioner Lyndon Buckingham) and Commissioner Bronwyn Buckingham (World Secretary for Women’s Ministries) were guest leaders in the United Kingdom Territory with the Republic of Ireland at Profusion, the South London Divisional Celebration – held at William Booth College. Profusion means an abundance or large quantity of something, and the international leaders lived up to this by glorifying God with overflowing enthusiasm.

In preparation for the weekend the Buckinghams spent time with officers, envoys and pioneer workers from the division. On Friday evening they joined delegates for a time of reflective worship and prayer, led by Major Susan Woodgate (divisional headquarters). Commissioner Bronwyn reminded the congregation that God has ‘more and better’ in mind for the future, challenging them to consider Jesus’ question to blind Bartimaeus: ‘What do you want me to do for you?’

The following morning Divisional Commander Major Val Mylechreest launched what she described as an overflowing, overfilling experience and the Chief of the Staff welcomed delegates to a day packed with activities including arts and craft, leadership seminars, singing by heart, a sensory room, activities for children and young people, sports, and music from community and kids’ choirs. The commissioners took the opportunity to meet and mingle with people.

At an afternoon cream tea the Chief shared some of his incredible international experiences from the past year. He encouraged delegates to become increasingly aware of the multinational voices that make up The Salvation Army, attesting to the fact that ‘all over the world this gospel is bearing fruit and growing’.

The newly unveiled South London Big Band opened the informal evening celebration, leading the congregation in jazzy renditions of classic Army songs. The evening focused on a journey ‘Around the Division in 80 Minutes’, with ‘Phileas Fogg’ (Major Peter Mylechreest) capturing some of the amazing mission and ministry which is impacting the south London area. A massed community choir inspired the congregation and a massed youth choir touched hearts and lifted spirits.

Going against what he described as ‘classic British sensibilities’, the Chief’s address required participation, which he received as people cried out ‘amen!’ and ‘hallelujah!’ – albeit with a bit of encouragement from the Chief. He honoured God, speaking with exuberance and humour, and engaging the congregation – many of whom were not regular churchgoers. 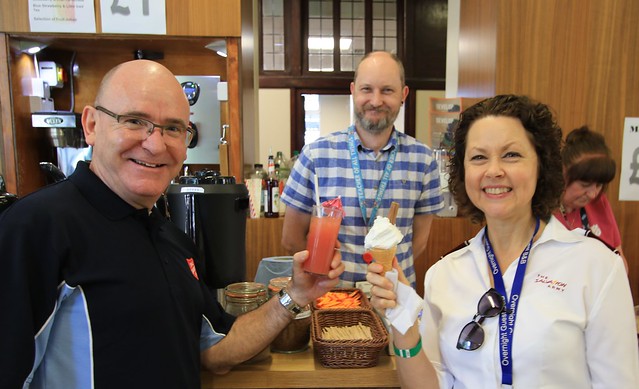 Sunday’s activities began with worship, where Commissioner Bronwyn challenged everyone to recognise the abundance of God’s blessings. A fellowship picnic followed the meeting, with a variety of live music and performances that recognised many facets of worship and praise. The children of the division shared in an exciting morning of worship and celebration, and the young people met for food and discussion.

In the Chief’s message he encouraged those gathered to be ‘smelly for Jesus’, leaving a waft of Christ wherever they go.

Appropriately – in line with the theme Profusion – the time of response throughout the weekend, in every meeting, saw the mercy seat overflowing. The Spirit of God was felt powerfully over the three days before delegates were sent out with the confident proclamation: ‘How great is our God!’