AS The Salvation Army in The Philippines attempts to get relief aid and personnel – including a doctor – to the areas worst-hit by Typhoon Haiyan, they will soon be joined by Damaris Frick from International Emergency Services in London. Damaris is a hugely experienced relief worker, having helped to organise Salvation Army emergency responses in Africa, South America and across Asia. 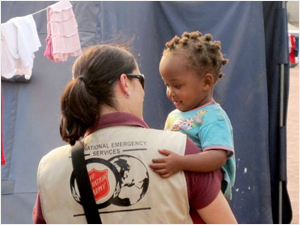 Before leaving for the airport Damaris admitted that she was expecting to face some terrible conditions. 'Having worked in The Philippines before,' she said, 'we at International Emergency Services know how efficiently and well our colleagues there will have been dealing with this terrible disaster. This one, however, appears to have been even worse than those they have suffered in recent years. There are major logistical issues in getting relief items where they are most needed.'

Damaris is heading to The Philippines at the request of the local Salvation Army. Territorial Commander Colonel Wayne Maxwell explains: 'Our challenge here is to develop and maximise local Government contacts, to facilitate the effective distribution of supplies and donated items and to effectively receive the donations that people want to make. Despite all our planning, one of our major needs is for professional emergency response expertise to help with the local structure, response and distribution.' 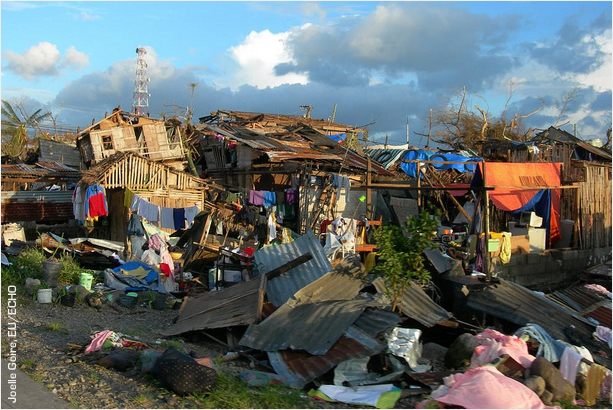 The Salvation Army is doing all it can to make the most of two great strengths – having people already 'on the ground' because they actually live and work in the affected areas, but also having an international network that can come together to bring in urgently needed funding. The Salvation Army's Canada and Bermuda Territory, for instance, has already made available $100,000 for the relief effort. Other Salvation Army territories have launched public appeals for funds.

'We have had good conversations with donors already,' says Damaris, 'and we are touched by the responses of individuals and Salvation Army territories. We are spending half our time responding to people, from major donors to individuals, who are offering help – which is wonderful!'

The most urgent need is for food, water and other essentials, but Damaris is already thinking about what comes next. 'We will have to look at preparing for the longer term,' she says, 'and at opportunities to help people to return to some semblance of normality.'

Donations to support The Salvation Army's response in The Philippines can be made through local Salvation Army offices or online at sar.my/haiyan