WHAT could be a better start to the day, writes Colonel Jane Paone, than joining with fellow Salvationists all around the world to pray? At 7.30am on Thursday a prayer meeting was held at the International Conference of Leaders (ICL) 2012, as part of The Salvation Army's Worldwide Prayer Meeting. For the delegates gathered in Toronto, Canada, instead of imagining the different people and countries represented, they were there in the one room, together with one accord! The leaders offered short, believing prayers in many languages, imploring the Holy Spirit to breathe into The Salvation Army, especially in those areas which seem to be valleys of 'dry bones'.

Later, Colonel Naomi Lalngaihawmi (Territorial Commander, India Eastern) presented a paper on evangelism and discipleship – essentials for an Army that seeks to reach out to others in Christ's love. The Lord's Great Commission, she said, in which each Christian receives his orders, prevails for today since 'Last Orders Stand'. Delegates looked at the demographic changes taking place in the world – inland China may not be accessible, for instance, but Chinese immigrants in city centres around the world are free to receive the gospel message. Love, said the colonel, will be the hallmark of every effort. 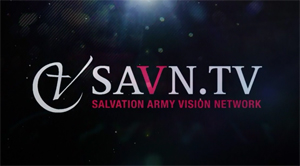 During an exchange of ideas, creative ways of using Internet possibilities were suggested through the use of www.savn.tv (the Internet TV station run by the USA Western Territory). New converts will be recorded, followed up, then taught how to win others.

Commissioner Kenneth Hodder (International Secretary for Personnel) outlined the important dimensions of 'capabilities, commitment and authority' in leadership. These are, he said, to be considered along with a leader's record of performance, potential and readiness for future responsibilities.

Throughout the day small group and plenary sessions took place, where frank discussion and prayer were appreciated. The conference has developed into one international Salvation Army family enjoying rich fellowship in Christ's name.