THE Salvation Army in the Czech Republic is playing an important role in helping people affected by rising floodwaters. Flood barriers have been raised on the River Vltava, which flows through the capital, Prague, but parts of the city are already affected. More than 3,000 people have been evacuated from their homes across the west of the country. 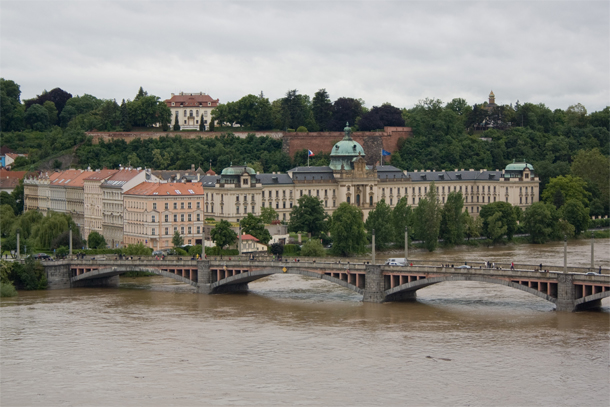 The Salvation Army hostel and the corps (church) building in Prague are both in endangered parts of the city but have not yet been affected by the flooding. The hostel has remained open and is offering extra beds to homeless people and evacuees – as requested by local officials. Every space is being utilised – on Monday night (3 June) there were 108 people in the hostel and 56 in the night shelter, including 22 evacuees. Even the flat attached to the hostel has been brought into service.

The hostel's day centre area is also staying open through the night to give homeless people who usually stay under bridges and at the riverside a dry place to rest. All guests were offered meals, coffee and tea.

Donations are being sought to fund ongoing ministry with flood victims in Prague and the surrounding area. Contact has been made with the village of Počáply, which The Salvation Army 'adopted' during the devastating floods of 2002. Most villages in this part of the Czech Republic have been evacuated. Many are already flooded, with the waters expected to rise even further during the coming days.