In line with worldwide demonstrations against the abuse of women such as the #MeToo movement, the UN meeting adopted the theme #TheTimeIsNow. UN Secretary General António Guterres told the audience: ‘Let me be clear: this is not a favour to women. Gender equality is a human rights issue, but it is also in all our interests: men and boys, women and girls. Gender inequality and discrimination against women harms us all. There is ample evidence that investing in women is the most effective way to lift communities, companies, and even countries.’ The Salvation Army delegation also included officers and staff from the ISJC, USA Eastern Territorial Headquarters and Greater New York Divisional Headquarters. 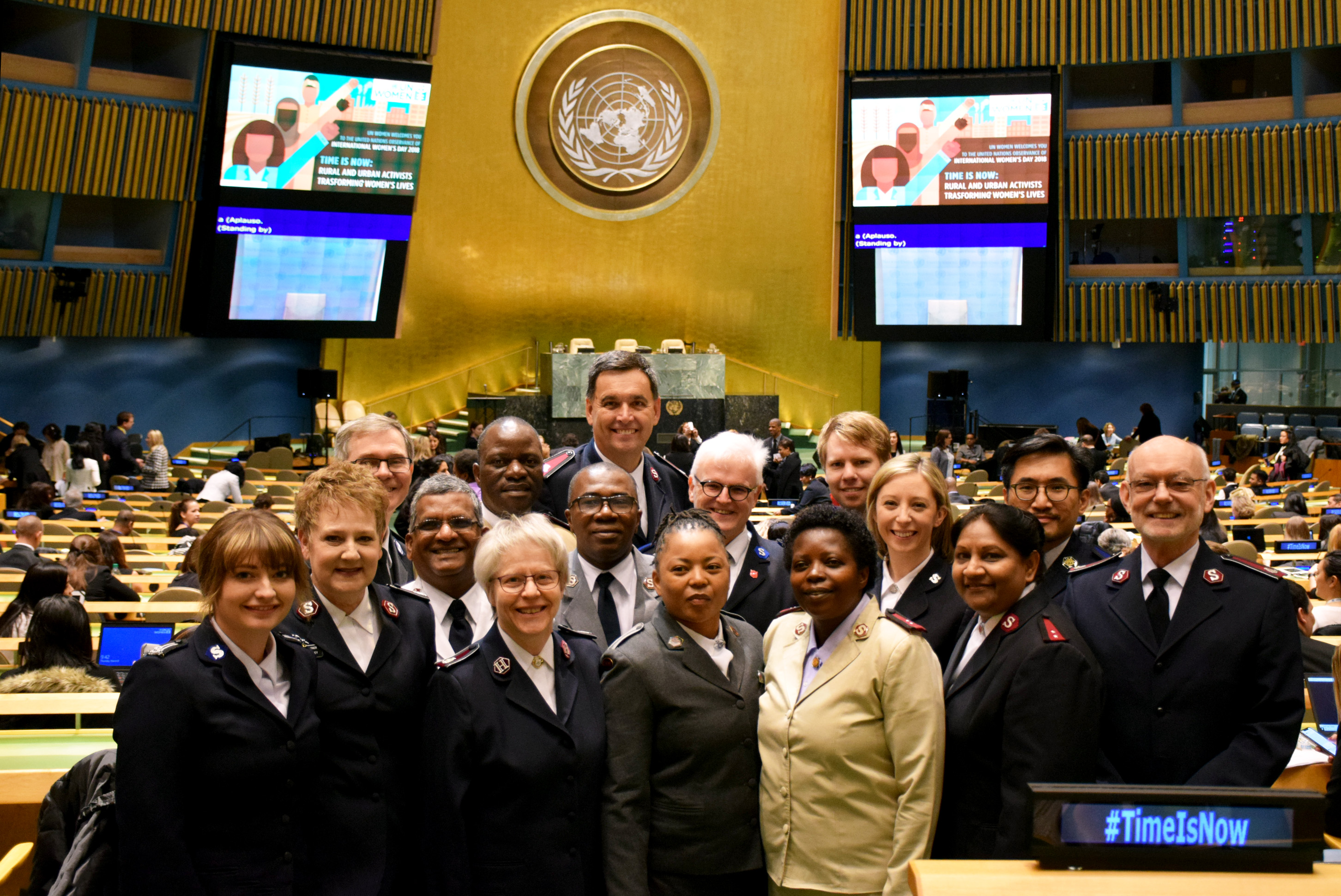 Meeting under the chair of Dr James E. Read (Canada and Bermuda Territory), IMASIC is responsible for developing positional statements which are based on principles derived from The Salvation Army’s understanding of Holy Scripture, Christian wisdom and experience gathered throughout history and The Salvation Army’s own ministry.

Before their meeting, the IMASIC members participated in an open evening at the USA Eastern Territory’s College for Officer Training. They answered questions and shared insights with officers, cadets and friends regarding challenging moral and social issues.