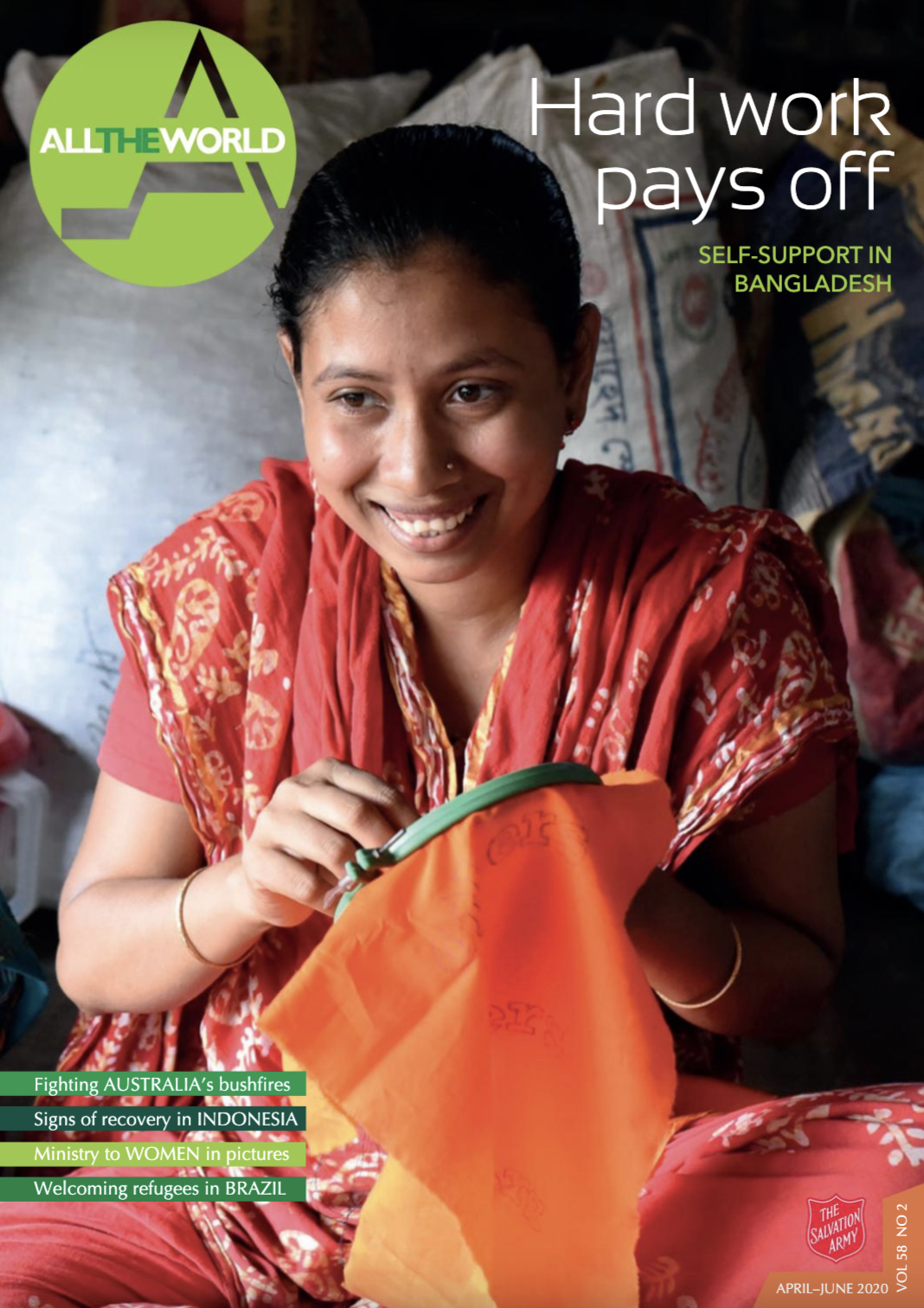 THE April–June issue of All the World, The Salvation Army’s international magazine, has been published online and can be accessed for free at www.salvationarmy.org/alltheworld.

Printed copies of the magazine were distributed in late March, when many countries were already in lockdown and others were beginning to recommend that people stay at home. This means that thousands of people who usually get their copy through the local corps (church) or in their office may not have had opportunity to read the selection of inspirational stories of transformation from around the world.

The cover story is from Bangladesh, where a group from the USA Eastern Territory went to see first-hand the difference being made in the lives of local people who produce goods for ‘Others’, The Salvation Army’s ‘Trade for Hope’ initiative.

The July–September issue of All the World will be printed and distributed as usual, but people who normally get their copy through a corps or headquarters are encouraged to take up an individual subscription that will see their copy delivered direct to their home addresses. Spare copies can always be shared with libraries or to help local government representatives to understand better the international ministry of The Salvation Army.

Kevin Sims, who has been the Editor of All the World since 1999, says: ‘I am always inspired and moved by the stories I’m able to feature in All the World. At this time, with so much to be concerned about, I am delighted to share stories of hope, compassion, faith and inspiration. God is working through The Salvation Army all around the world to change people’s lives, and examples of these everyday miracles can be seen in every issue of All the World.'

Annual subscriptions – four copies per year – can be ordered from Salvation Army Trading Company Ltd at http://sar.my/atwsubu (UK addresses) or http://sar.my/atwsubo (rest of the world). Please ignore the notice about items not being dispatched – this does not refer to magazines.