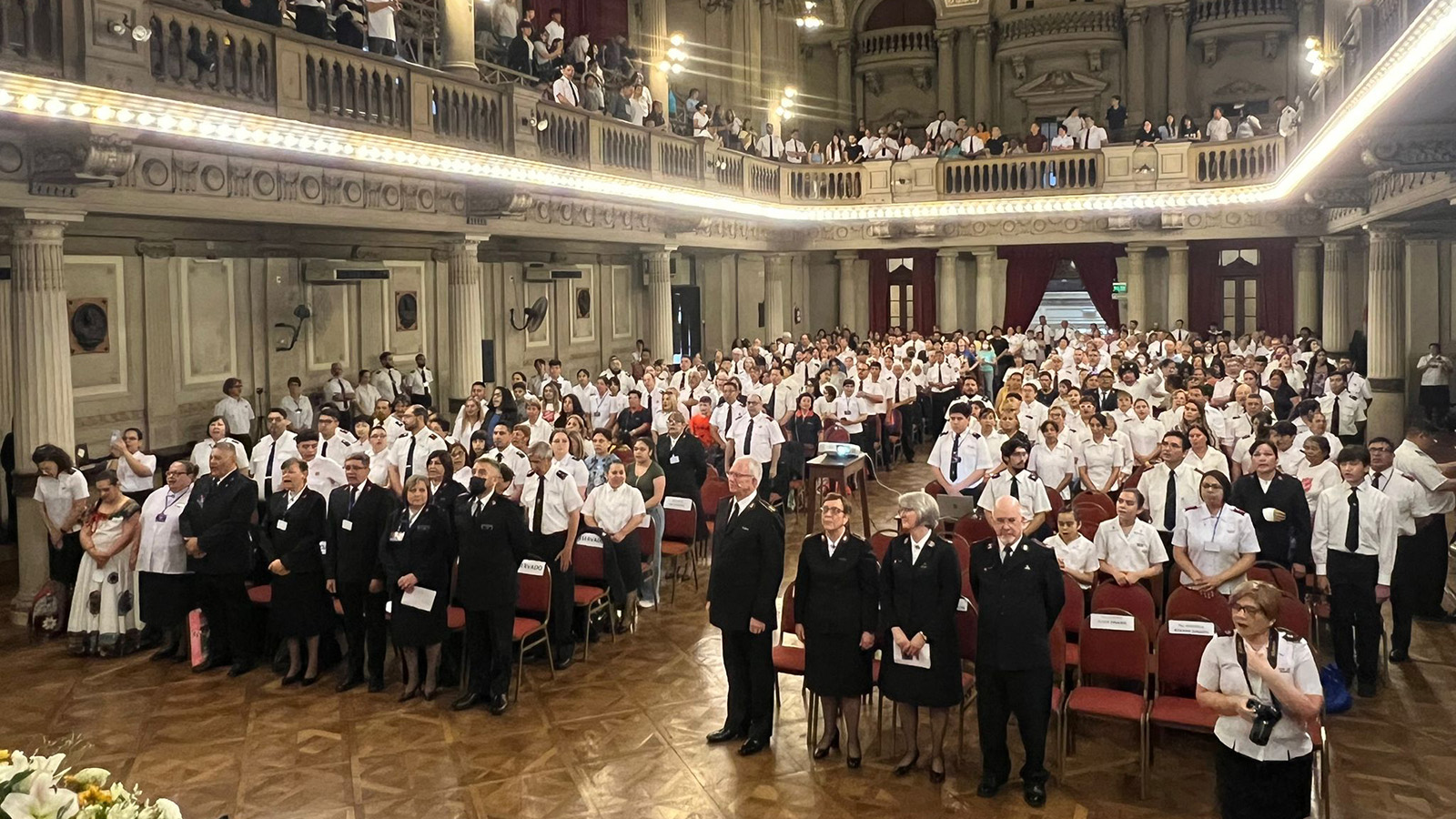 Hundreds of Salvationists and comrades from all over Argentina, Uruguay and Paraguay – the three countries comprising the South America East Territory – gathered in Buenos Aires, Argentina, for the highly anticipated Day by Day territorial congress attended by the international leaders of The Salvation Army, General Brian Peddle and Commissioner Rosalie Peddle.

At the opening session it was easy to perceive the joy of being together again. In his message the General challenged the congregation to draw closer to God, to see things more clearly and to allow God to reveal to them their own condition. The day concluded with simultaneous gatherings for men, women and children. This truly spiritual celebration was hosted from 3 to 5 December.

The Sunday morning meeting was centred around the ordination and commissioning of the five cadets of the Reflectors of Holiness Session. The General challenged everyone to be ‘people of the good news’ through obedient faith and by being filled with the Holy Spirit, which provides the courage to fulfil the Great Commission.

Sunday afternoon was dedicated to a youth meeting, where teenagers were able to spend time with the General and Commissioner Peddle.

Salvationists brought the congress to a close with a worship festival and the presentation of appointments to the new lieutenants and of summer appointments to the second-year cadets. At this meeting Commissioner Peddle called on those present to ‘pay attention to the way they live’.

To be servant leaders

On Monday morning, the international leaders visited territorial headquarters and greeted employees. Later, they were received at the British Embassy with the territorial leaders where they shared with Ambassador Kirsty Hayes about the work being done in the territory.

The day continued with a fellowship lunch to open officers’ councils. Everyone enjoyed camaraderie and gratitude for the work that The Salvation Army is doing throughout the world. The General reminded the attendees of the great challenge they have as officers: to be servant leaders.

The territory thanks God for the privilege of hosting the General and Commissioner Peddle and commits to continuing to pray for them, for God to continue using their lives and ministries so that The Salvation Army will continue to grow around the world.