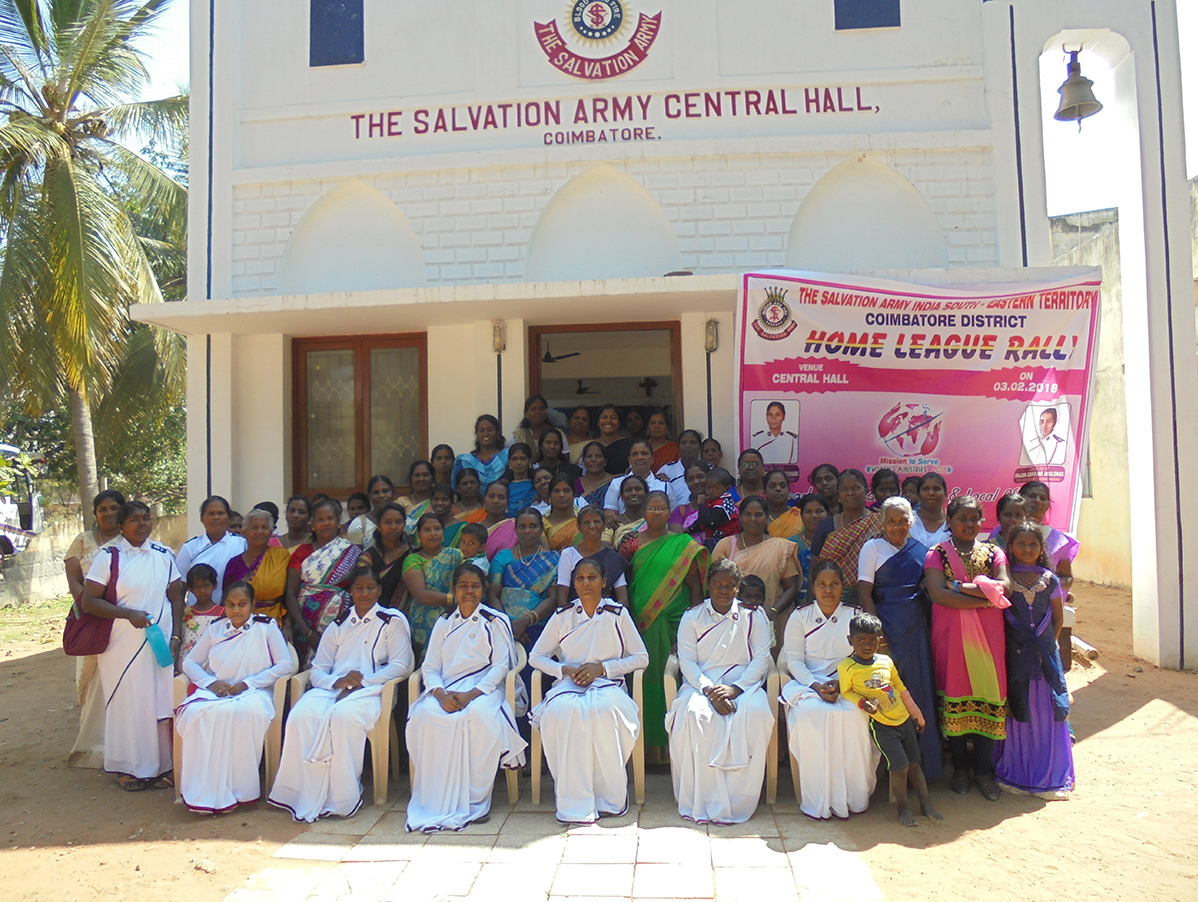 'Mission to Serve' was the focus of the annual Divisional Home League Rallies in India South-Eastern Territory in 2018, following the theme of the International Women's Ministries for the year. Nearly 8,000 women attended 18 rallies, which were held in all the territory's divisions and districts. In some areas private venues had to be hired, as Salvation Army halls proved too small for all those present.

Territorial President of Women's Ministries, Colonel Indumati Christian, explored the theme, drawing on Mathew 25:40. 'God has called us to serve poor and downtrodden humanity without discrimination,' she said. 'We all are made in God's image.'

During the rallies many people came forward and shared their experiences of God's protection and love in their difficult situations. In the Thuckalay division, a woman spoke of the change in her son's health. At the previous year's rally, she had asked for prayers for his sickness; today he is completely healed and back attending school. In the Azhagiapandipuram Division, a woman had also asked for healing, as well as for resolution of a family dispute. At this year's rally she was able to testify that her health had improved and that there had been reconciliation in the family. 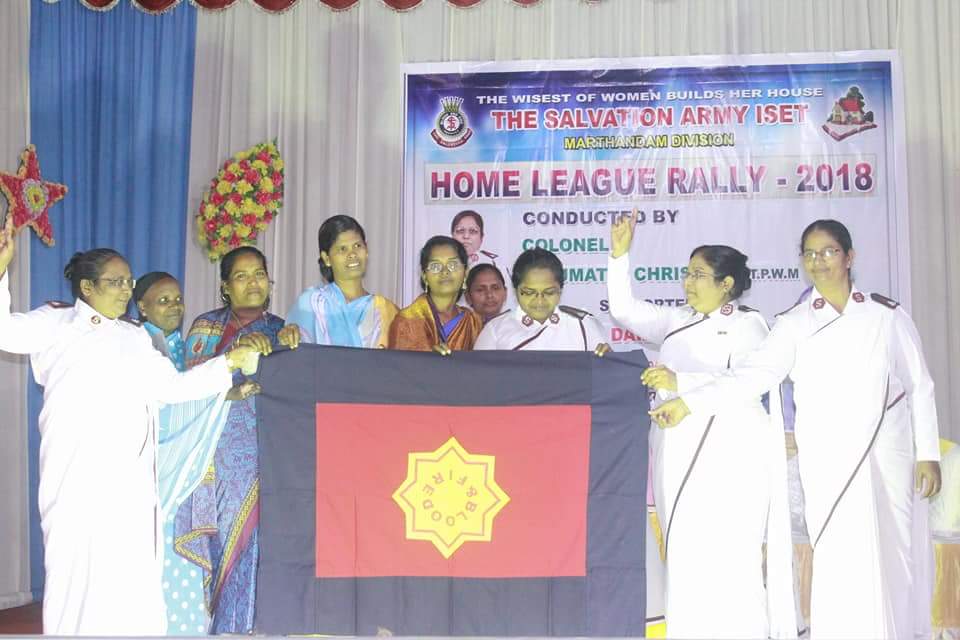 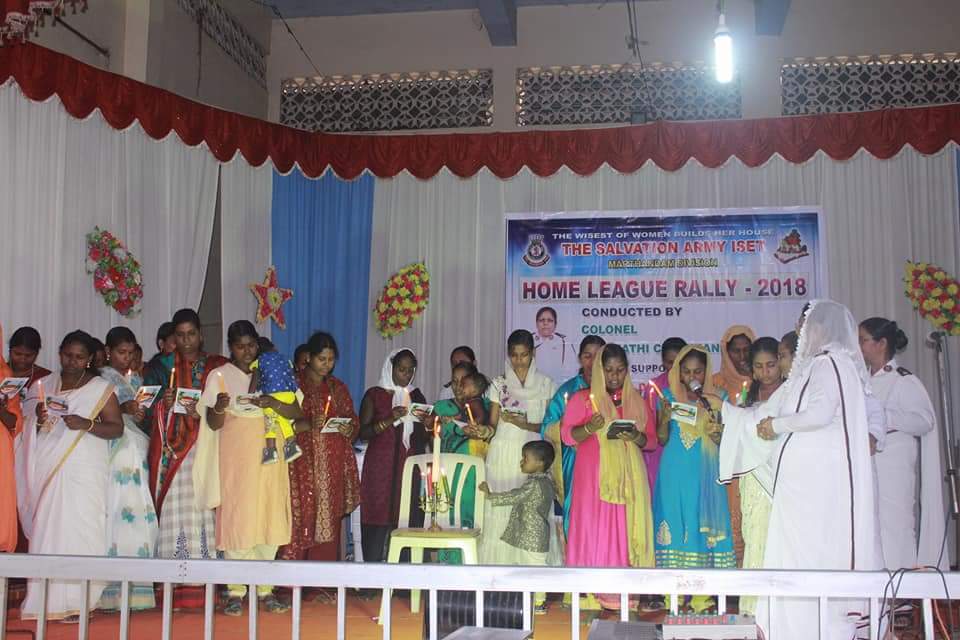 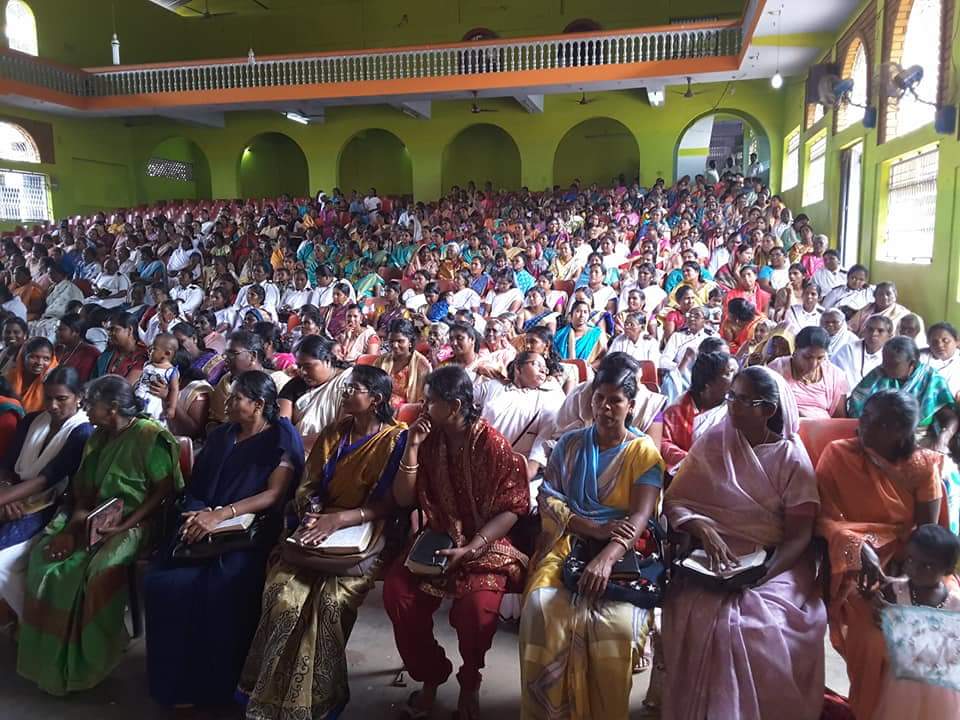