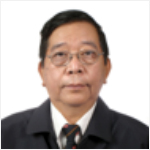 Joseph Lalrintluanga Vaikhuma is the Director for Business Administration for The Salvation Army's India Eastern Territory, based in Aizawl. He became a Christian at the age of 12 and his academic credentials include a Bachelor of Commerce degree from the University of Calcutta.

Joseph has active in devising programmes to help marginalised farmers and artisans get loans for small scale industries and agriculture. He scuccessfully launched a Financial Inclusion Programme to ensure every person in the state had a bank account. Having worked in the banking sector for 35 years, Joesph opted for voluntary retirement in 2009 to work in Nigeria Territory as Financial Administrator.

At Territorial Headquarters, Joseph's remit includes property, projects, trade and legal matters as well as the preparation and implementation of emergency projects for natural disasters.

Joseph's other interests include listening to music, reading and conducting the India Eastern Territorial Band.