All the World – ‘An Unquenchable Flame’

Sixteen-year-old Anabela is the worship leader at Craiova Corps (Salvation Army church) in Romania and plays an active role in community outreach ministry. Having met Anabela in Romania, David Giles (Communications Manager, International Headquarters) described her as ‘The Salvation Army’s Greta Thunberg’ – comparing her with the 16-year-old Swedish student who mobilised more than 1.6 million young people around the world to protest about the lack of action being taken to fight climate change. This poem was inspired by Anabela but also by Greta and the growing wave of young people worldwide who are stepping up and raising their voices in protest at society’s injustices. 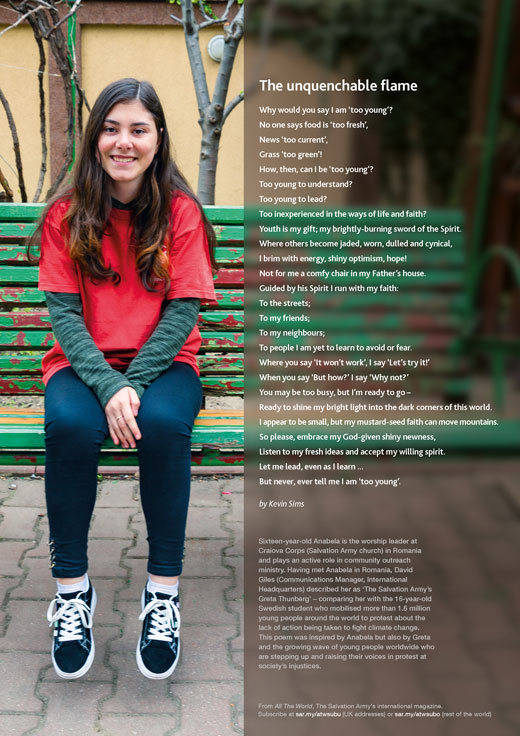